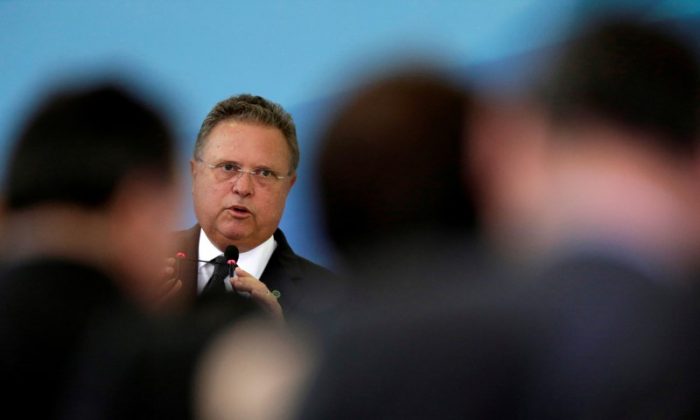 BRASILIA—Brazil’s federal police conducted a raid and search operation at the house of Agriculture Minister Blairo Maggi in Brasilia, related to an ongoing bribery and graft scandal, a person with direct knowledge of the situation said on Thursday (September 14).

According to the source, the raid is linked to a plea deal by former Mato Grosso state governor Silval Barbosa, who accuses Maggi of participating in a corruption scheme.

Maggi, a former governor of Mato Grosso, is under investigation for his role in the scheme.

Mato Grosso is a major producer of soybeans, grains and cattle.

The news was first reported by TV Globo earlier in the day.

Efforts to contact Maggi’s press representatives in Brasilia were unsuccessful.