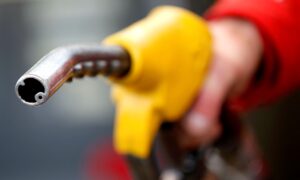 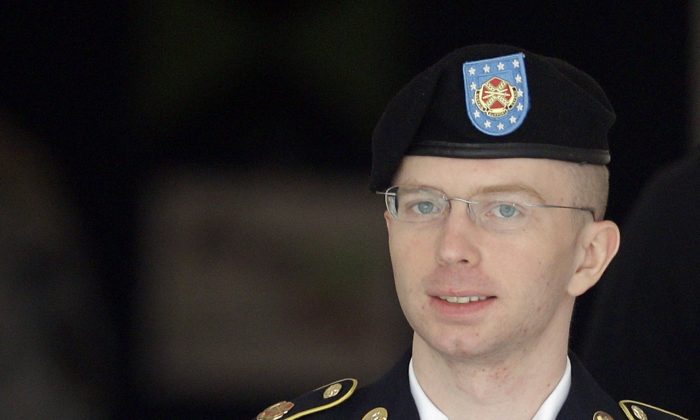 Army Pfc. Bradley Manning is escorted to a security vehicle outside a courthouse in Fort Meade, Md., after a hearing in his court martial on Aug. 16, 2013. (AP Photo/Patrick Semansky, File)
US

Bradley Manning was sentenced to 35 years Wednesday morning for leaking more than 700,000 U.S. military and diplomatic documents. RT reports that Manning will be credited with 1,294 days due to pre-trial confinement. He will be eligible for parole after one-third of his 35-year sentence, reports ITV News.

Prosecutors had asked Monday for a 60-year prison sentence. The maximum penalty, originally 136 years, was downgraded to 90 years. His defense attorneys suggested no more than 25 years, since that is when the classification period for some of the material he leaked would expire.

“There is value in deterrence, your honor; this court must send a message to any soldier contemplating stealing classified information,” said Capt. Joe Morrow, a military prosecutor, according to the Washington Post. “National security crimes that undermine the entire system must be taken seriously.”

Manning has said he released the documents to expose wrong-doing.

He had been found guilty of 20 criminal counts including espionage. He apologized last week for any harm to the United States as a result of his actions. Manning showed no emotion as the sentence was delivered Wednesday, tweeted the BBC.

Manning’s attorney, David Coombs, is applying for a presidential pardon on behalf of his client, according to the Free Bradley Manning website. He said Manning’s due process rights were violated, as he was detained without trial for three years.