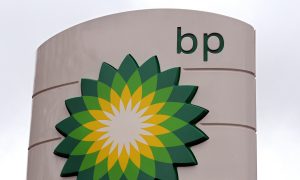 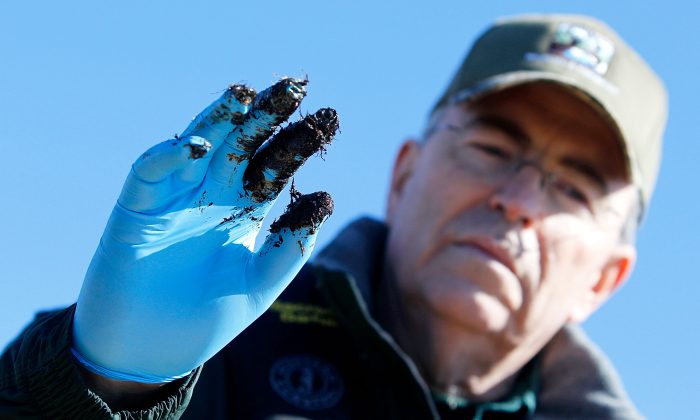 BP to Pay Record $18.7 Billion to States Affected by Spill

NEW ORLEANS—More than five years after the worst offshore oil spill in U.S. history fouled beaches, coated seabirds in thick goo and threatened delicate marshes, BP has agreed to pay a record settlement to affected states in hopes of bringing an end to a legal drama that has cost the company billions.

BP and five coastal states announced a deal Thursday to provide $18.7 billion in new money to the states. The company said the settlement would bring its full obligations to an estimated $53.8 billion.

Federal and state government officials touted the record-breaking agreement as a historic milestone in the Gulf Coast’s recovery although some environmental groups and local officials indicated BP should have paid even more.

The settlement also provides BP with a valuable return: Much of the payments, to be made over the next 18 years, could be tax-deductible. In addition, the London-based oil giant is freer to embark on new ventures now that it is finally able to provide shareholders with a clearer cost picture.

“This allows us to manage BP as an oil company,” company CEO Bob Dudley said during a conference call. He said BP could launch as many as 20 major new projects by 2020, depending on oil prices.

The Justice Department said Thursday’s agreement would be the largest environmental settlement in U.S. history as well as the largest-ever civil settlement with a single entity. Civil claims by the five Gulf states and the federal government were, by far, the largest unresolved piece of BP’s financial obligations for the spill.

“It’s definitely a win for BP. No company can really do well when you have such a big litigation issue hanging over it,” said Brian Youngberg, an energy analyst for Edward Jones.

In 2012, BP reached a similar settlement agreement with private attorneys for businesses and residents who claim the spill cost them money. That deal, which didn’t have a cap, led to a protracted court battle over subsequent payouts to businesses. A court-supervised claims administrator is still processing many of these claims.

The broad outlines of the deal announced Thursday were described in the court filing, but a confidentiality order is keeping the fine print under seal. Eventually, there will be a public comment period on the agreement’s merits before a federal judge decides whether to accept it, the Justice Department said.

While analysts praised the announcement, some environmental advocates complained that government officials should have held out for more money.

“The court should not let BP get off the hook without fully compensating Americans for what was lost. A low-end settlement … would not only cheat the public, but it would send the wrong message to BP and the other companies that drill in our oceans,” said Jacqueline Savitz, U.S. vice president for Oceana, a group dedicated to protecting the world’s oceans.

By staggering payments over 18 years, the deal would enable BP to pay dividends to shareholders and have enough financial flexibility for future deals and projects. The total is larger than BP had provisioned for, but without a settlement, the company faced still-larger Clean Water Act penalties as well as possible other payments.

“No company will ever conduct deep-water drilling in the way that BP did prior to the Gulf oil spill,” Uhlman said.

The criminal and civil penalties BP has agreed to pay are not tax-deductible, but restitution and other business expenses often are.

U.S. Attorney General Loretta Lynch said the settlement “would bring lasting benefits to the Gulf region for generations to come.” The deal includes $8.1 billion in payments to state and local governments in Alabama, Florida, Louisiana, Mississippi and Texas for natural resource damage. It also includes a $5.5 billion Clean Water Act penalty, most of which the states would share.

Louisiana suffered most of the spill’s environmental impact and would get the largest share, at least $6.8 billion.

Louisiana Attorney General Buddy Caldwell said litigation could have dragged on for years. “Today’s settlement is a game-changer for Louisiana, its communities and its families,” he said.

Not everyone was onboard.

The settlement covers “the vast majority of local governmental entities” in the five states. But the government of one of Louisiana’s hardest-hit areas, coastal Plaquemines Parish, says it has not yet agreed, raising questions about whether BP could still face at least some legal hurdles.

Without saying how much it was offered or how much it seeks, the parish said it wants to be able to rebuild pelican nesting grounds and recover millions of dollars in spill-related administrative costs.

The agreement leaves a handful of other, relatively minor loose ends for BP, including claims by people who either opted out or were not covered by the 2012 settlement with private lawyers.

The April 2010 blowout of BP’s Macondo well also spawned a federal criminal probe that resulted in manslaughter charges against two rig supervisors whose trial is set for next year.