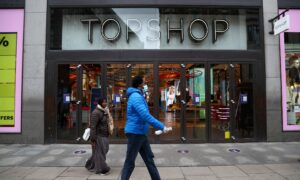 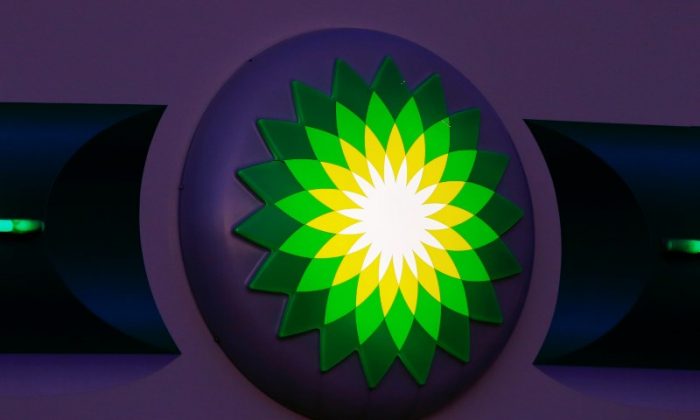 The logo of BP is seen at a petrol station in Kloten, Switzerland October 3, 2017. (Reuters/Arnd Wiegmann)
UK

LONDON—BP held out the prospect of a first dividend increase since 2014 on Tuesday, May 1, after first-quarter profits beat forecasts thanks to rising oil and gas prices and production.

In the first three months of 2018, however, BP‘s debt rose to $40 billion due to the settlement of more lawsuits over the deadly 2010 Deepwater Horizon spill in the Gulf of Mexico which has cost it more than $65 billion.

A nearly 25 percent rise in oil prices over the past year to over $70 a barrel has lifted revenue for oil companies, shifting investors’ focus to how much cash they can generate following years of cost cuts.

First-quarter results in the sector have been a mixed bag, with Royal Dutch Shell and Exxon Mobil falling short of forecasts, while results from Chevron and Total were stronger than expected.

BP‘s cash flow from operating activities rose sharply from a year earlier to $3.6 billion, but declined from the previous quarter as a result of the Deepwater Horizon payments and one-off charges. Stripping those out, cash flow reached $7 billion in the quarter, the strongest since 2014.

“Overall it was a very healthy set of results,” said Martijn Rats, analyst at Morgan Stanley, which has a “neutral” recommendation on BP stock.

The surge in revenue led BP last October to become the first European oil major to resume share buybacks in order to offset the dilutive effect of so-called scrip dividend, where shareholders can opt to receive dividends via cash or shares.

In the first quarter, BP bought back 18 million shares worth $120 million.

Investors are now hoping for the company to announce its first dividend increase since the third quarter of 2014.

“With these oil prices, we will now see net debt naturally start to decline and that will give an opportunity later this year for potential further distribution around buybacks or a conversation with the board around dividend,” Gilvary told analysts on a conference call.

BP‘s underlying replacement cost profit, its definition of net income, rose 71 percent to $2.6 billion in the first quarter, exceeding the $2.2 billion forecast by analysts in a company-provided survey.

The last time BP generated so much profit was in the third quarter of 2014, when oil prices averaged $104 a barrel. Brent crude is currently trading around $75 a barrel.

BP launched seven oil and gas fields in 2017, a record year, and is set to inaugurate six more projects this year including in Egypt, Azerbaijan and Britain’s North Sea, which will help it boost production by 800,000 barrels per day (bpd) by 2020, most of it gas.

“It’s not only about the oil price, it is also about the performance of the kit,” Gilvary said.

The results were impacted by a $1.6 billion pretax payment for the settlement of the Deepwater Horizon spill. BP is expected to pay $3 billion in 2018.

Morgan Stanley’s Rats said debt was expected to fall in the second half of the year after most of the Deepwater Horizon claims are settled and production continues to rise.