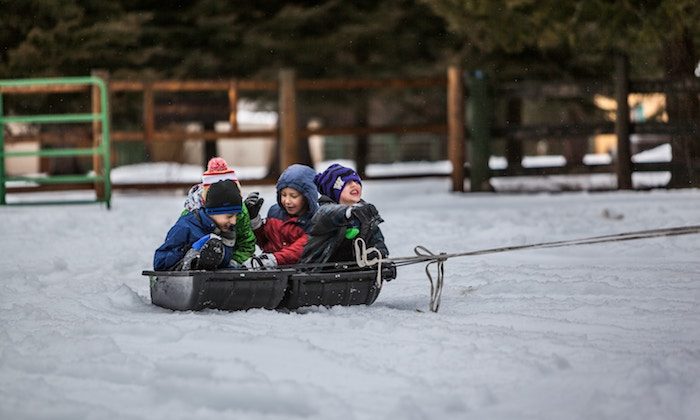 I burst out laughing the other day while reading a friend’s Facebook status. He explained that he and his two grade school sons were watching “Anne of Green Gables” when they came to the part where Anne and Diana have a conversation while standing on a cliff overlooking the sea. The youngest son suddenly blurted out, “Anne better watch out, Diana might push her off the cliff.”

In amazement, my friend looked at his son and asked if he thought girl friendships were the same as the physical, often rough-and-tumble one which existed between him and his brother. The conversation ended in hysterical laughter as all three of them recognized just how different male interactions are from female ones.

I thought of this story when I came across a piece by Heidi Stevens in the Chicago Tribune. Stevens, the mother of a nine-year-old boy, recently noticed how intense and troubled her son’s friendships are with other little boys. Curious, she reached out to psychologist Wendy Mogel to find out if her son was an anomaly. Mogel assured her he was not and that many other little boys wrestle with “existential questions,” including:

“How can I be myself without getting into trouble?”

“Does anyone consider me a hero?” and

“What do I contribute to this family that someone else doesn’t already contribute better?”

Boys, like the sons of my friend mentioned above, are naturally known for relationships which involve rough play and high adventures. Although energetic and overactive to female perspectives like my own, they often fuse strong friendships which are helpful in forming bonds of manhood.

But as Mogel implies, these rough, but good, friendships seem to be disappearing, particularly as boys wrestle with the above questions. Instead, boys have friendships infused with more drama and trouble. Mogel believes this change stems from the way we expect boys to behave these days:

“Boys, Mogel contends, bristle at expectations that they quiet their bodies and minds and mouths and follow the rules of a traditional school day, particularly a modern school day with its increased reliance on standardized testing and decreased gym and recess time. They long to ‘skylark,’ a word she stumbled upon in ‘The Adventures of Tom Sawyer.’

‘They’re these darling little elves who are kind of on lockdown at school and at home,’ she said. ‘Even on teams, there’s a coach and there are rules. All day long they’re figuring out how to talk to their teachers and talk to their buddies and fit in the cool crowd, and they’re hungry and they’re frustrated and they’re tired.’”

Rules are great and necessary, but the fact is, we’re disallowing boys to be boys. We’ve taken away toys like guns and swords because they’re “dangerous.” We’ve medicated little boys because their movements and noise are too much for us to take. We’ve tried to make sure girls are equal and included, and thus removed the institutions where boys don’t have to compete against those of the opposite sex.

Let’s face it: Little boys are different from little girls and adults. And unless we allow them to have outlets for natural boy play and ideas, we should not be surprised when they seem frustrated and can’t succeed in modern society.

Is it time to stop treating the traditional, rough-and-tumble boy like a dangerous creature who must be toned down to suit feminized society?

This post, “Boys are Growing Frustrated by Living in a Feminized Society … and That’s Showing Up in Their Friendships” was originally published on Intellectual Takeout by Annie Holmquist.