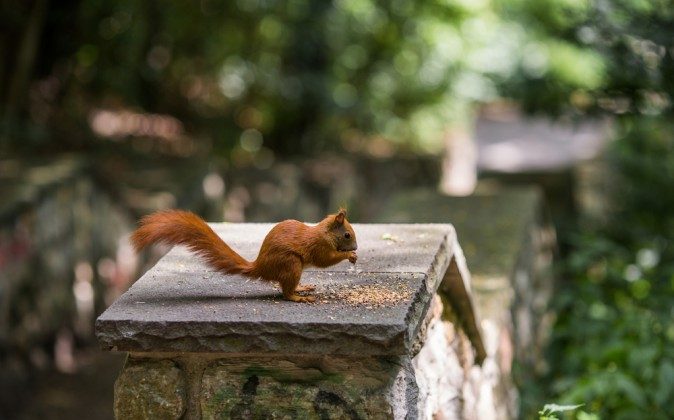 A squirrel sits on a stone in the Green Summer City Park, Berlin, Germany. (Shutterstock)
Crime and Incidents

Barbara Pellow’s boyfriend was using a torch to burn off a squirrel’s fur—in preparation to cook the animal at his girlfriend’s house in Holland, Michigan, according to MLive.

The report says the boyfriend forgot to turn the torch off, which in turn set fire to some plants, and subsequently caught the deck on fire.

32 units in the ClearView Apartments complex caught fire, and the property’s insurance company, Travelers Indemnity Company, laid out more than $2 million in repairs at the time.

But Pellow was only deemed responsible for $15,421 in damages after the October, 2012, fire. The company had sued Pellow for the full $2 million in damages, but an Ottawa County Circuit Court judge determined she’d only be held liable for heating and cooling equipment, as well as lost rent because it was a guest who caused the damage.

But, a re-opening of the case found that Pellow is not immune to the damages because the fire was caused by a guest. Pellow signed a lease agreement that holds her responsible for any fire and water damages caused by her or any guest.

The Michigan State Court of Appeals, called on the Ottawa judge to enter a new judgment in Travelers’s favor to “determine the appropriate amount of damages.”