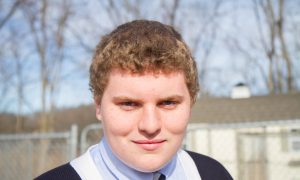 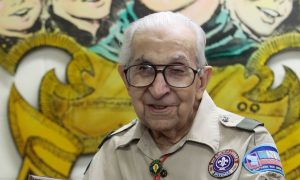 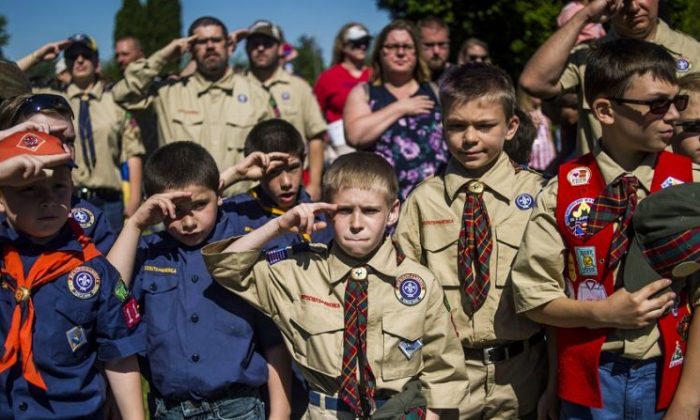 In a historic shift, the Boy Scouts of America will let girls enroll in Cub Scouts starting next year and allow them to eventually earn the highest rank of Eagle Scout, the organization said on Wednesday.

The unanimous decision by the 100-year-old group’s board of directors came after years of requests from families and girls, it said, though the announcement prompted a largely negative reaction on social media.

“We believe it is critical to evolve how our programs meet the needs of families interested in positive and lifelong experiences for their children,” Boy Scouts Chief Executive Michael Surbaugh said in a statement.

The Boy Scouts of America (BSA) has lost about a third of its members since 2000, which now stands at 2.3 million. BSA insisted that allowing girls was in response to the needs of families, not related to declining membership.

The Girl Scouts of the USA said girls thrive in a girl-only environment, and that “we are girl experts.”

Starting in 2018, the Boy Scouts will allow girls to join the 7- to 10-year-old Cub Scouts. Small, community-level “dens” will be single-gender. Larger “packs,” which are comprised of dens, will decide whether to include dens of each gender or not, the BSA said.

In a program to be announced next year and projected to start in 2019, girls will follow the same curriculum as the Boy Scouts, which are for ages 11-17.

Surbaugh in a tweet said, “Today, the BSA opens a new chapter in our history w/a unanimous vote to welcome girls to Cub through Eagle Rank.”

After the announcement, the Girl Scouts issued a statement that did not mention the Boy Scouts or its move to include girls.

“Girl Scouts remains committed to and believes strongly in the importance of the all-girl, girl-led and girl-friendly environment that Girl Scouts provides, which creates a necessary safe space for girls to learn and thrive,” the organization said.

In August, a top Girl Scout official accused the Boy Scouts of running a “covert campaign” to recruit girls to increase its declining membership, the Washington Post reported.

The program for girls older than Cub Scouts projected to begin in 2019 will allow them to earn the Eagle Scout rank, the highest achievement in the organization.

On social media, hundreds of people were critical of the news, with many posts echoing the sentiments of Donald Trump Jr., the president’s son.

“Strange, I thought that’s what the Girl Scouts was for???” he said on Twitter.

Strange, I thought that's what the Girl Scouts was for??? https://t.co/8Dhub01Ihi

Sing Oldham, spokesman for the Southern Baptist Convention, said the announcement continued a “reinvention” of the Boy Scouts his group does not support, including the decision in 2013 to allow openly gay members.

By Gina Cherelus and Bernie Woodall