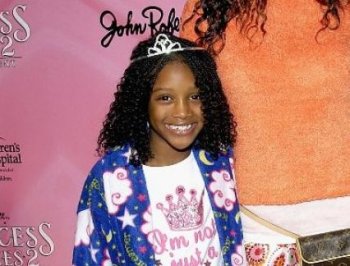 Movie Review: ‘The Boy in the Striped Pajamas’

A Holocaust story for young audiences is obviously a delicate proposition. Fully cognizant of Nobel Peace Laureate Elie Wiesel’s injunction against dramatizing the Holocaust, particularly by writers who did not experience it firsthand, John Boyne wrote the young adult novel The Boy in the Striped Pajamas anyway. Now a British cast and crew have sensitively adapted his book for the screen. It was directed by Mark Herman, known for quirky little pictures like Little Voice and Brassed Off.

Though a sensitive, somewhat shy 8-year-old boy, Bruno still has a lot of friends in school. Studies show kids are acutely sensitive to their classmates’ wealth and prestige, and Bruno’s father has serious clout. He is a National Socialist officer whose career is on the rise—unfortunately so for Bruno. Bruno must say goodbye to his friends as his family moves out of their comfortable home to a cold, austere villa in the countryside because his father has a new post. He is now a concentration camp commander.

Bruno and his family were shielded from the true nature of the Third Reich, but with their new home perched on the far outskirts of the camp, reality begins to intrude. By chance, the only window that affords a distant view of the camp happens to be in Bruno’s room.

Forbidden from exploring, Bruno naturally tests his boundaries, eventually reaching the barbed-wire fence of the concentration camp. There he meets a gaunt little boy roughly the same age, named Shmuel. Though he says things that confuse young Bruno, the two become fast friends.

Tensions are rising in Bruno’s family. As his mother watches his sister Gretel fall under the spell of her tutor’s hateful propaganda, she begins to have doubts about her husband’s assignment. When a junior officer’s callous joke reveals the camp’s true nature, she can no longer live in denial.

Even with his limited understanding, Bruno also starts to question his father’s work, until he is taken-in by a propaganda film produced at the camp for the gullible International Red Cross.

These are areas fraught with peril for the film, but they are handled with reasonable skill. The effect of propaganda on the innocent Bruno and relatively innocent Gretel is all too believable. The mother’s stirring of conscience is also credible, while hardly expiating her guilt (and that of her contemporaries by extension). In fact, her instincts are to flee to a safe haven, where she can return to blissful ignorance.

To its credit, Herman’s film does not cheapen its subject with a pat, happy ending. It ends where it must end to honestly depict the Holocaust. As you see it happen, it is heartbreaking. Though it shamelessly hits every sentimental note available, James Horner’s stirring score is his best in years.

As Bruno and Shmuel, Asa Butterfield and Jack Scanlon are surprisingly assured child actors. In a small but pivotal role, David Hayman is outstanding as Pavel, a former doctor interned in the camp, who retains his humanity in the face of dehumanizing terror. Unfortunately, David Thewlis, the cast’s best known actor, lacks the heavy presence required in the role of Bruno’s father.

This is a genuinely moving film. However, the various taglines associated with it, like “lines may divide us but hope will unite us” are a bit misleading. Rather than this being a film about the triumph of hope, it is a film about the consequences of hate which resists offering simple “lessons learned” morals to its characters. Overall, Herman avoids potential pitfalls, helming an excellent film.

Joe Bendel blogs on jazz and cultural issues at http://jbspins.blogspot.com/, and coordinated the Jazz Foundation of America’s instrument donation campaign for musicians displaced by Hurricane Katrina.