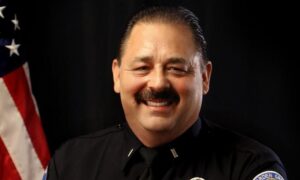 GARDEN GROVE—A six-year-old boy was struck and killed by an SUV March 18 in a parking lot in Garden Grove.

The boy was taken to a hospital where he later died. His name was withheld pending family notification.

The SUV driver remained at the scene and cooperated with police investigators, Martinez said.

The vehicle has been impounded for the investigation. It is not known if the driver was cited.

Anyone with information on this crash was asked to call Garden Grove police at 714-741-5823.