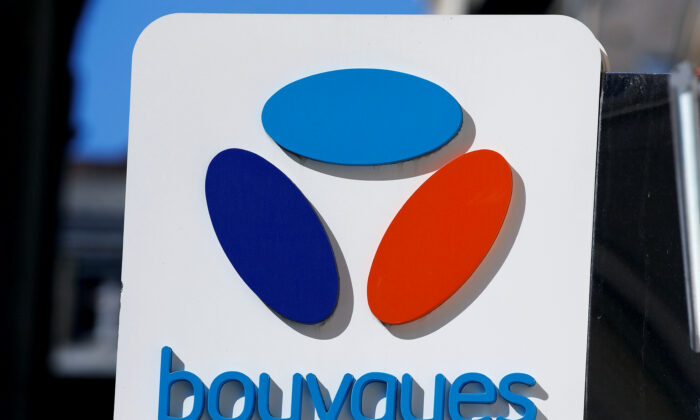 The Bouygues Telecom company logo is seen at a shop in Bordeaux, France, on March 22, 2019. (Regis Duvignau/Reuters)
Huawei

Bouygues to Remove 3,000 Huawei Mobile Antennas in France by 2028

PARIS—Bouygues will replace 3,000 Huawei-made mobile antennas in France by 2028 following a decision by the country’s authorities to remove equipment made by the Chinese company from highly populated areas, Bouygues’s deputy CEO said on Thursday.

The United States says Huawei equipment can be used by China for spying, an allegation the company denies but which has led many of Washington’s allies to place restrictions on the firm.

“A number of sites will gradually have to be dismantled,” Bouygues’s deputy chief executive Olivier Roussat told reporters on a call, adding there were 3,000 sites with Huawei equipment.

“The dismantling will be carried out over a period of eight years, with a limited impact on our operating results,” Roussat said.

Bouygues, which also reported forecast-beating first-half results on Thursday, did not say which company’s equipment it would use in place of Huawei’s.

Roussat said Huawei’s mobile gear was already banned from the cities of Brest, Strasbourg, Toulouse, and Rennes. Mobile equipment made by the Chinese firm can’t be used in Paris either.

Bouygues, whose activities span media, construction, and telecoms, has repeatedly said it would seek compensation from the French state if it had to replace Huawei equipment.

He said the group had also launched several legal procedures in parallel against the French state. The deputy CEO said the bans only targeted highly populated areas so far.