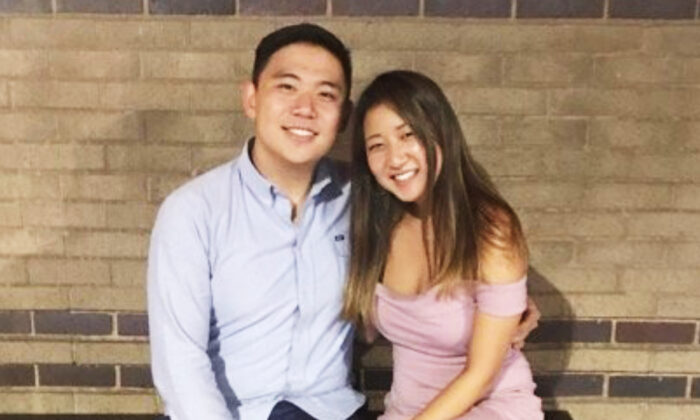 A former Boston College student has been charged with involuntary manslaughter after repeatedly urging her suicidal boyfriend to kill himself,  authorities announced on Monday.

Inyoung You, 21, was allegedly physically, verbally, and psychologically abusive towards Alexander Urtula during their 18-month long relationship.

Urtula committed suicide on May 20, jumping to his death from a parking garage just hours before he was due to graduate from college.

Suffolk County District Attorney Rachael Rollins held a press conference on Monday, stating that You had become increasingly more abusive towards Urtula in the days and hours leading up to his death.

Rollins said family and friends of the former couple had witnessed the abuse, and it had been heavily documented in text messages between the pair.

Urtula had also written about the abuse extensively in his journal, she added.

In the two months before Urtula’s death, the former couple had exchanged over 75,000 texts, more than 47,000 of which were sent to Urtula by You, according to Rollins.

“Many of the messages clearly display the power dynamic in the relationship, wherein Miss You made demands and threats with the understanding that she had complete and total control over Mr. Urtula both mentally and emotionally,” she said.

Rollins added that in hundreds of the messages, You had explicitly told Urtula to kill himself, despite being aware of his “frail state.”

“We have a barrage and a complete and utter attack on this man’s very will and consciousness and psyche by an individual,” she added.

The district attorney said that on the morning of Urtula’s death, You had tracked his location, as she often did, using her phone.

“She went to the garage and was present when Mr. Urtula jumped to his death,” she said.

According to Rollins, Urtula’s family had traveled from New Jersey and were waiting for him to arrive on the day of his death. He was supposed to graduate with a biology degree but instead messaged them, explaining that he intended to take his own life.

Rollins added: “The investigation revealed that Miss You used manipulative attempts and threats of self-harm to control him. It also found that she was aware of his spiraling depression and suicidal thoughts brought on by her abuse and that she persisted, continuing to encourage him to take his own life.”

According to the district attorney, You is currently in her native South Korea but could face extradition to the United States if she does not voluntarily return and face the charges brought against her.

She added that a bill is currently in front of a legislative committee that would make encouragement or assistance of suicide a punishable offense with up to five years in prison.