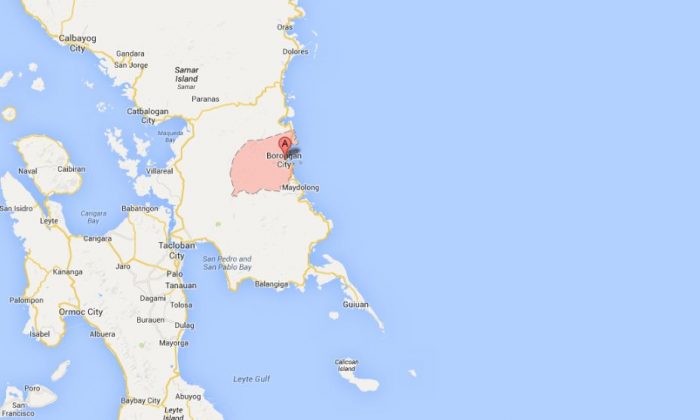 Philippine officials are working to open up areas that were hard-hit during Typhoon Yolanda (Haiyan) over the weekend, including Borongan City and Guiuan.

“We have been focused since this morning to try to penetrate Borongan City of Eastern Samar and Guiuan. There are two routes going there,” Public Works Secretary Rogelio Singson told reporters, according to Rappler.com.

The website reported that there were three confirmed deaths in Borongan, but that report was two days ago.

The Philippine are also sending Rapid Deployment Teams to Tacloban City and Ormoc City in Leyte, and Borongan, reported the Philippine Star.

Borongan, the capital of Eastern Samar, is only accessible via motorcycle, as Yolanda’s winds ripped slabs of concrete off the roads. Samar Rep. Ben Evardone told the Star that Borongan is less affected compared to other towns on the island. He added that Dolores and the northern part of the province are fine.

However, nearby Hernani, located south of Borongan, was reportedly seriously damaged, with an estimated 200 to 300 deaths, according to Members of the Philippine Red Cross.

Rep. Evardone told Rappler: “I hope the report about casualties in Hernani is not true.”

The town of Guiuan and outlying areas were mostly destroyed during the storm. Officials estimate that 95 percent of the town was destroyed or damaged.

Photos posted on Facebook show that buildings and trees were flattened during the typhoon for miles.

Other media reports, citing officials, say the death toll could be over 10,000.

News and official reports out of Eastern Samar, namely Guiuan and nearby areas, have been scarce.

On Twitter, users said they were still having a hard time getting in contact with people in Borongan, saying there was no database of survivors.

If you are searching for family members so far the best way to find them is by using google’s missing person link found here http://google.org/personfinder/2013-yolanda