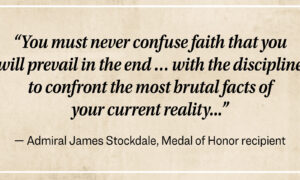 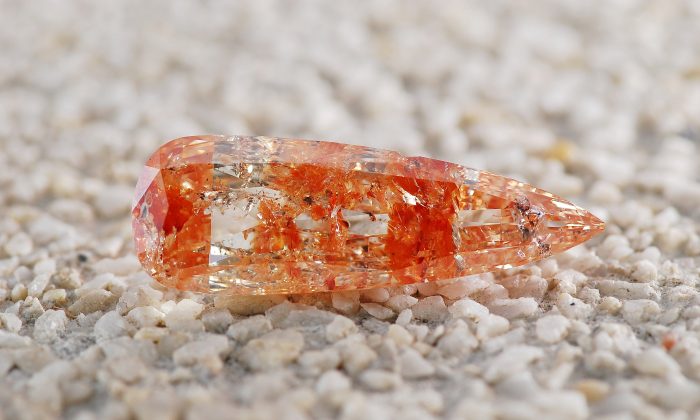 Once, long before recorded time, a single stalwart koi fish overcame the impossible to be utterly transformed. Far up at the headwaters of the Yellow River in China, it is said, millions of glistening koi once swam upstream to overcome the cataracts and falls. All but one failed to jump the Dragon Gate, but that lone colorful fish unleashed itself from a watery travail, to become a golden celestial dragon. So goes the legend of the koi in Asia.

Eastern Asia’s most revered symbol of prosperity and perseverance, the tale of the koi recollects a magical journey, a legendary struggle over adversity and into unimaginable fortune. This archetypal legend of the koi dates back thousands of years in Asian culture, but today we have a more modern take on the theme, the emergence of the aptly named Koi Diamond. Discovered in the Congo in the first decade of this century, a 60 carat lump of koi colored industrial diamond has its own transformative tale to tell.

Birth of a Luxuriant Legend

Not unlike the ancient koi fish of legend, the Koi Diamond has led a charmed life of sorts too. What is now a lustrous and fantastic 32-carat beauty of the most unique characteristics, was once a nondescript and relatively worthless chunk of diamond material slated for a wholly different fate. Only a gem cutter’s artistic curiosity actually saved for the world the gemological equivalent of the koi legend. The story of the Koi Diamond revolves around characters that are no less miraculous than the actual gem, or the dragon at the end of the epic tale.

On the trail of information about the stone, I was directed to the world’s foremost expert in colored diamonds, the legendary gemologist Eddy Elzas. Speaking over the phone for over an hour, the Elzas story and the unimaginable parallels in between the East Asia dragon legend, Elzas himself, and the discovery (cutting) of the diamond blended into a story that far exceeds coincidence. I asked Elzas how he came into contact with the gem, to which he related to me how the priceless, pear shaped, and miraculously colored fancy diamond, could not even really be classified without his expert help.

Elzas, once proclaimed “The King of Colored Diamonds,” is perhaps the only person on Earth for whom quantifying such a rare stone is even possible. By way of explanation, Thomas Moses, senior vice president of the GIA (Gemological Society of America) actually asked Elzas to help classify a stone so unusual as to have no real standard of evaluation at GIA. So, when the Koi literally “swam” into Elzas’ offices, even he was stunned by what a gem cutter had almost “wished” into existence. Elzas marveled at just how this famous cutter (who shall for the moment go unnamed) even visualized the Koi at the time.

At the heart of the Koi Diamond’s uniqueness then, there’s a diamond possessed of very rare qualities. Graduations in color ranging from white, to orange, light yellow, dark blue, and even black make up a large gem reminiscent of an ancient Chinese or Japanese brush painting depicting the koi fish in transition. Now certified by the GIA, the Koi sits in a vault in Antwerp awaiting its next special appearance.

Recalling the fated transformation of that single koi fish from the legend, and the real fairytale life of Elzas himself, then the intersection of the Koi Diamond, the almost impossible really is galvanized into a diamond hard reality. Elzas, born to the world by his Mother beneath a rail car in Nazi occupied France in 1942, has lived a miraculous life, or in his own words “a fairytale existence” leading to his becoming quintessential diamond expert.

Summing up Eddy Elzas’ part in our little drama of the Koi Diamond, the owner of the world’s biggest and most valuable collection of colored diamonds, The Rainbow Collection, Elzas is the epitome the cliché Jewish business archetype. Honest to a flaw, to the point, and hilariously funny,  Elzas is at once charming and humble—but you have to talk with him to see the direct parallels with our story. Given this, take my word, Elzas is fundamentally a bit koi fish himself. “Call me Eddy, everyone calls me Eddy.” This was in response to my polite, “Hello Mr. Elzas,” what you see and hear is what you get with him, like diamonds really. But enough about Elzas, as I said, he is humble and would as soon I discuss the Koi Diamond as him.

The Koi and the Fates

You simply will not believe the irony; the parallels uncovered researching this story. A man (Elzas) who literally overcame the impossible, someone who admits having lived a storybook life, then the raw Koi Diamond etched from obscurity into one of the world’s rarest gems, and finally the overall legendary character of the story. A fish swims into a heavenly transformation, and finally a diamond of the most unique and rare properties escapes a mundane fate to emerge as something priceless.

Discovered in the Congo several years ago, what is today a priceless, pear shaped, and miraculously colored fancy diamond, the Koi (image below) is like Eddy Elzas or the ancient koi in legend, something that almost never was. The rough diamond, weighing some 60 plus carats, first appeared to be nothing more than fodder for creating any number of small, nondescript diamonds either for industrial use or simply lesser ornamental existences. Only the trained eye of a cutting genius, combined with the koi fates as it were, brought about the stone we see now.

To make the story even more poignant, the was the Koi Diamond literally “swam” into Elzas’ offices is as miraculous as can be. The Koi, it seems, is so rare a find that even the Gemological Society of America (GIA) had no standard by which to evaluate such a stone. Stymied for finding a template for value and characterization, an Elzas contemporary and friend, the GIA’s Thomas Moses contacted “The King of Colored Diamonds” for consult. As Elzas tells the tale, showing up with such lustrous and unique colored gem made the diamond legend’s week, month, and year. And the story continues.