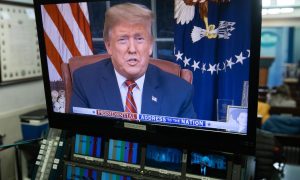 Trump: If Walls Are Immoral, Then Why Do 'Wealthy Politicians' Build Them Around Their Homes?
0
Share Now
FacebookTweetParlerEmail
Copy Link 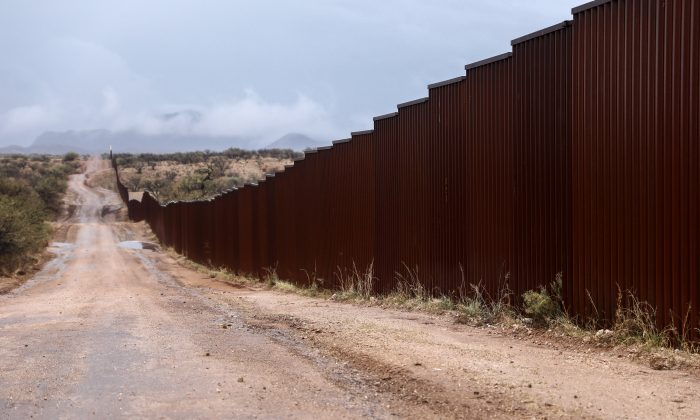 The border fence between the U.S. and Mexico just east of Sasabe, Arizona, on Dec. 7, 2018. (Charlotte Cuthbertson/The Epoch Times)
Politics

US–Mexico Border Wall Would Pay for Itself, Study Shows

An updated analysis from the Center for Immigration Studies finds that President Donald Trump’s proposed wall along the U.S.–Mexico border would pay for itself, even when using conservative estimates of the cost of illegal immigrants and accounting for future flows.

To pay for Trump’s requested $5.6 billion in funding, the wall must be able to prevent about “60,000 crossings or 3 to 4 percent of expected illegal crossers over the next decade,” Steven Camarota, director of research at the Center for Immigration Studies, wrote.

Camarota’s analysis is the result of calculating the cost of each illegal immigrant and comparing it to the cost of the wall. On Day 20 of the partial government shutdown, Democrats continue to refuse to move from their original $1.3 billion offer for border-security purposes, which doesn’t include any funding for a wall.

“If we make much more conservative assumptions about both the cost of illegal immigrants and future flows, it still shows that a wall would have to stop or deter only a modest percentage of illegal crossings to pay for itself,” Camarota wrote.

The average lifetime net fiscal burden per illegal crosser is $82,191, based on a likely modest level of education, according to a prior analysis based on data from the National Academies of Sciences, Engineering, and Medicine (NAS).

The center’s estimate only includes original illegal immigrants and doesn’t take into account their children and grandchildren. If the cost of descendants is factored in, the net fiscal drain per illegal crosser would be $103,826.

“If the number of illegal crossings in 2018 was to continue for the next 10 years, the lifetime net fiscal drain from the 1.7 million to 2 million new illegal immigrants would be $140 billion to $164 billion.”

In December, Trump said the total cost of the wall could be about $15 billion to $20 billion. That’s less than the $25 billion GOP senators introduced in legislation to Congress.

Currently, about 654 miles of barrier exists along the nearly 2,000 miles of U.S.–Mexico border. Customs and Border Protection constructed around 31 miles of new and replacement fencing in 2018, with the final nine miles expected to be done early this year, according to the Department of Homeland Security.

Camarota also said that a large portion of the net fiscal burden of illegal immigrants is borne at the state and local level, while the wall funding is at the federal level.

He added that even if the center’s estimates of the 2018 cost per illegal crosser and future flows were halved, the wall would only have to “stop or deter 12 to 14 percent of expected illegal border-crossers in the next decade” in order for the costs to be covered.