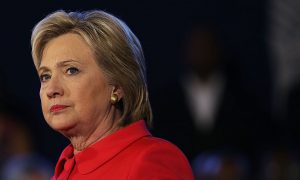 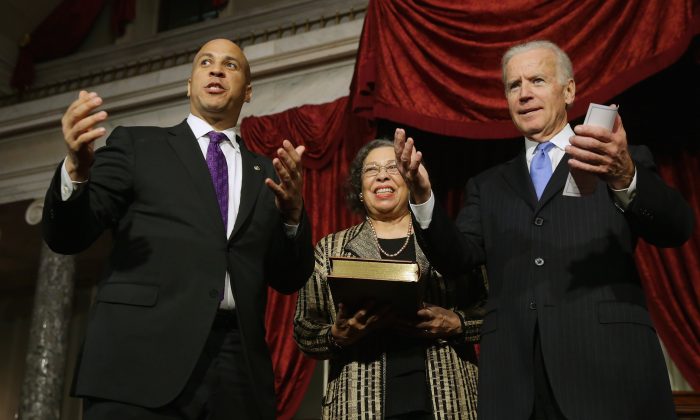 Infighting within the Democratic Party has reached a point where the party is no longer able to hide the identity crisis that has been boiling beneath the surface for decades.

Most recently, in what The New York Times called “the biggest fight of the Democratic primary so far,” former Vice President Joe Biden came under attack for being proud that he worked with and showed “civility” to segregationist senators in the 1970s.

Sen. Cory Booker (D-N.J.), among others, immediately called for Biden to apologize. The implication is that ideological purity now requires that Biden should have treated such people with incivility and refused to work with them.

Within this squabble lies a world of difference between two identities in the Democratic Party: liberalism and progressivism. As the Democratic primary debates approach, citizens should inform themselves about this important distinction so they can better identify candidates as one or the other as well as those who may naively try to reconcile contradictions—if the primary system doesn’t purge them first.

In a 2007 Democratic primary debate, Hillary Clinton answered the question, “Do you describe yourself as a liberal?” with the response, “I prefer the word progressive … I consider myself a modern progressive.” She preferred that term because it harkens back to the Progressive Era at the turn of the 20th century. Modern progressives, she believes, are similar to their early namesakes.

But, in light of the recent Biden–Booker dispute, these candidates should probably find new heroes. Surely they couldn’t defend showing civility to Theodore Roosevelt, who said the following about women who choose not to have children: “Such a creature merits contempt as hearty as any visited upon the soldier who runs away in battle. … The existence of women of this type forms one of the most unpleasant and unwholesome features of modern life.” And what about FDR, who approved of Japanese internment camps during World War II?

No, today’s progressives are nothing at all like those from a century ago. But neither are they similar to old liberals like John F. Kennedy and Martin Luther King Jr., even though several Democratic presidential candidates identified them as their heroes. For example, progressives have been working to revive, of all things, racial segregation, opposition to which was a defining characteristic of liberalism.

In the late 1960s, a new movement, known as the New Left, started to take over the Democratic Party. As Slack notes, these first modern or neo-progressives began to undermine the patriotism and social and moral conservatism of the liberals.

On the one hand, they replaced patriotism or loyalty to the nation with “cultural politics,” the idea that a citizen’s primary identity is membership in a cultural community. On the other hand, they replaced liberals’ social and moral conservatism with “personal politics” as the right “to all forms of self-expression.”

The author of a recent op-ed in The Wall Street Journal titled “Liberalism Isn’t What It Used To Be” noted four ways that the neo-progressive wing of the Democratic Party has abandoned him and the liberalism of his youth.

First, liberals hold that “no one should be discriminated against because of his race.” The civil rights movement was based on this belief. But now someone’s race and the position of that race in the hierarchy of “historically disadvantaged groups” is more important than the content of that person’s character.

Second, liberals believe that “proper justice depends on due process.” Third, likewise, liberals are convinced that every defendant is entitled to legal representation. The defense against McCarthyism depended on these beliefs. But that was before the Kavanaugh hearings and before Harvard professor Ronald Sullivan agreed to be Harvey Weinstein’s defense lawyer. Now some people are to be believed and others disbelieved based on their identity alone; now only some people are due legal representation and the process of law.

A fourth core belief liberals maintain is free speech. The Berkeley Free Speech Movement was born out of the intolerance students perceived toward the first stirrings of neo-progressivism itself. Now that same campus is infamous for its riots against certain political speakers.

Radio talk show host Dennis Prager adds that liberals used to view capitalism, Judaism and Christianity, and nationalism quite favorably. Today, these things are increasingly suspect within the Democratic Party. The author of the op-ed concludes that “progressives today are riding roughshod over much of what liberalism once stood for.”

Indeed as the Biden–Booker dispute shows, the neo-progressivism of Booker and most of the Democratic Party cannot tolerate whatever is left of the liberalism of old Uncle Joe.

Biden will be made to heel, as he has already with abortion, illegal immigration, Anita Hill, etc. His only hope for political survival lies with appropriate contrition and repentance. And as a writer for The Washington Post explained, this purgation of old liberal positions is part of the plan for attaining ideological purity within the party: “When a presidential primary campaign produces those flips, it’s a sign that the system is working: The party is figuring out exactly what it stands for and where it has fallen short in putting its beliefs into practice.”

Funny, I thought debates were platforms for opposing ideas to meet and be challenged so that audience members could make up their minds for themselves. I guess that’s just another liberal idea that has to go.