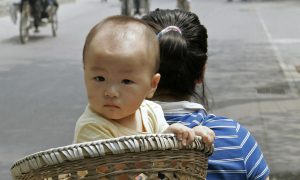 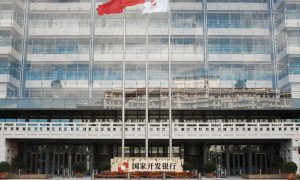 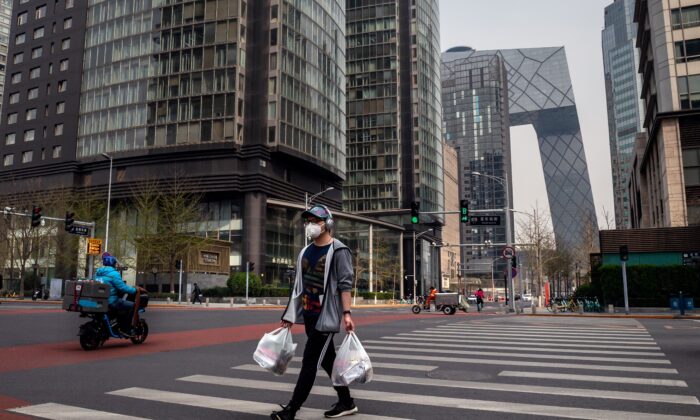 A man wearing a face mask amid the COVID-19 coronavirus outbreak crosses a street while carrying his groceries in Beijing, China, on March 30, 2020. (Nicolas Asfouri/AFP via Getty Images)
Thinking About China

Book Review: ‘The Myth of Chinese Capitalism: The Worker, the Factory, and the Future of the World’

Former Bloomberg Beijing bureau chief Dexter Roberts’ new bestselling book tracks the rise of China as the “factory to the world,” the devastation of its migrant workers, and its potential rebellious end.

Roberts arrived in 1995 to a nation struggling with “gaige kaifang,” or reform and opening, following Mao Zedong’s radical egalitarianism that cost 100 million lives.

Despite writing for the premier investors’ news source for 15 years, Roberts visited all of China’s provinces and regions, including Tibet and Xinjiang, “covering the rise of companies and entrepreneurs, manufacturing and migrants, demography and civil society.”

Although most elite watchers have profiled the evolving political strategies of China’s “Paramount Leaders” that create great wealth and a number of vibrant metropolises, Roberts delves deeply into the sacrifices of the other half of China’s population—impoverished farmers forced to contribute their offspring as cheap migrant labor.

China has had a household registration system called “hukou” for hundreds of years that was used for taxation and military conscription. But when Chairman Mao launched his “Great Leap Forward” in 1958, the Chinese Communist Party (CCP) enforced a more stringent hukou to keep agricultural prices artificially low and peasants at “bare subsistence” levels, so countryside resources could be siphoned off to industrialization.

After Mao died in 1976, China’s agricultural communes were broken, launching a migrant flow to the cities that grew from a couple of million in 1980 to 250 million by 2014.

But “temporary” migrants without city-hukou are still not allowed to claim any city social benefits, including public schools. With these second-class citizens unable to pay the $2,000 tuition for private school, their children remain in rural villages with grandparents.

The Chinese still believe in ancient Confucius’ wisdom: “In education there are no class distinctions,” which means that education should be available to anyone who is willing to learn, regardless of who they are.

But rural children are at a disadvantage. Government public school funding per student for rural schools is less than a tenth of the city funding. And rural children score lower on the National College Entrance Examination, or “gaokao,” compared to urban children.

For the CCP leadership, hukou guaranteed there would be an almost endless supply of low-cost and very pliable labor. For Chinese employers, any migrant troublemaker could be arrested administratively for violating hukou and sent to so-called “black jails” without trial. Roberts argues that it was hukou’s assurance of “meager wages and poor working conditions that underpin the rapid GDP growth over the last several decades.”

But Roberts emphasizes that the era of China’s low-wage and docile workforce is evaporating, due to migrants becoming more “educated and web-savvy and demanding of what they see as their proper due.” Joining the WTO in 2001 forced the CCP to pass its first contract labor law in 2003.

Horror stories regarding China’s working conditions has also caused foreign customers to audit factory compliance environmental standards, and paying migrants overtime and night differential wages. Average monthly wages in China “matched those in Brazil and were already higher than in Mexico, Thailand, Malaysia, Vietnam, and Indonesia” by 2015. In some factory areas such as Guangdong, three out of ten workers quit their jobs every year, usually for higher wages.

Roberts said the myth that “China’s development path and authoritarian system will become a model for countries around the world” is unlikely to prove true. What’s more likely to happen is a seriously slow, shattering of expectations of millions of Chinese, possibly leading to social unrest.