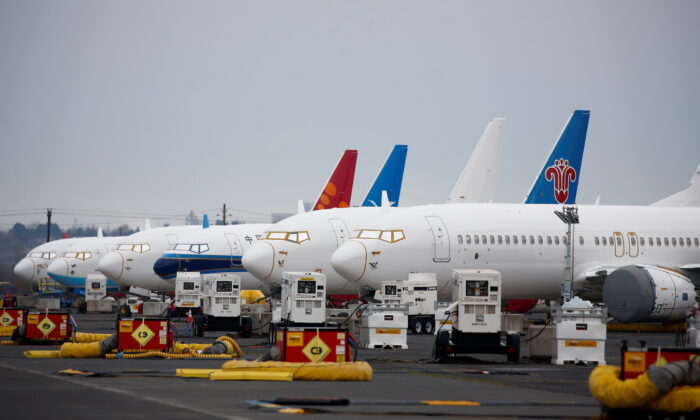 SEATTLE—Boeing Co. said on Wednesday it would study an equity raise after unlocking deliveries of its 787 and returning its cash-cow 737 MAX to service in China, but flagged supply chain risks amid broader certification and industrial problems.

Resuming deliveries of 787 Dreamliners and clearing inventories of its 737 Max are vital for Boeing’s ability to emerge from overlapping crises. The pandemic and the grounding of its best-selling model after fatal crashes have drained its cash and saddled Boeing with debt.

China, one of the top aviation markets in the world, has been a holdout in clearing the 737 MAX to return to commercial service. Boeing sold a quarter of its jets to China before the grounding and the years-long tit-for-tat tariff war.

Boeing Chief Financial Officer Brian West said China was close to clearing the 737 MAX to return to service, but progress with regulators and customers was delayed by stringent COVID-19 protocols, not by broader trade tensions with Washington that have curbed jet orders.

“We still want to make sure we’re very sensitive to that part of the world,” he added. But when Boeing raises production, “it will be a function of our confidence in our supply chain, not the demand signals.”

Boeing shares were flat on Wednesday afternoon against a fractionally lower Dow Jones industrial average. Boeing popped up 4 percent shortly after West made some optimistic comments, but then the stock pared gains.

West also said Boeing’s 737 MAX production and deliveries were hit by shortages of a particular wiring connector, as the industry grapples with broader supply chain disruptions worsened by war in Ukraine. Overall he said the factory was primed to produce 31 jets monthly to plan.

“It’s a reflection of a crazy supply chain world that we live in right now,” West said. “It’s fairly localized and isolated, but we have options and we’re working them hard.”

“These things usually get resolved in a short time, and then we catch up and get movement,” he added.

The 35 aircraft Boeing handed over to customers in April—28 of which were its best-selling 737 MAX— fell from the 41 jets delivered in March. Boeing separately raised doubts in late April that it would hit a 500-aircraft delivery target for the 737 MAX this year.

Boeing is battling certification and industrial headaches across its jetliner portfolio. Production flaws have halted 787 Dreamliner deliveries for a year, cutting airline capacity. It is separately working to clear more than 300 737 MAX jets parked in inventory since the crisis.

The logjams have hurt Boeing’s cash flow while debt has soared, raising fears among investors and analysts of a potential credit rating downgrade for America’s largest exporter.

West said Boeing did not need to tap credit lines or raise equity immediately, but “all options are on the table” such as an equity raise in the longer term as deliveries and production bounce back.

On 787, West said U.S. air-safety regulators were reviewing a comprehensive package of certification documents Boeing submitted, while the planemaker prepares to deliver the first jets—but he stopped short of predicting when deliveries would resume.

“I can’t give you a date, FAA decides, but there continues to be good momentum and people are hard at work,” West said.