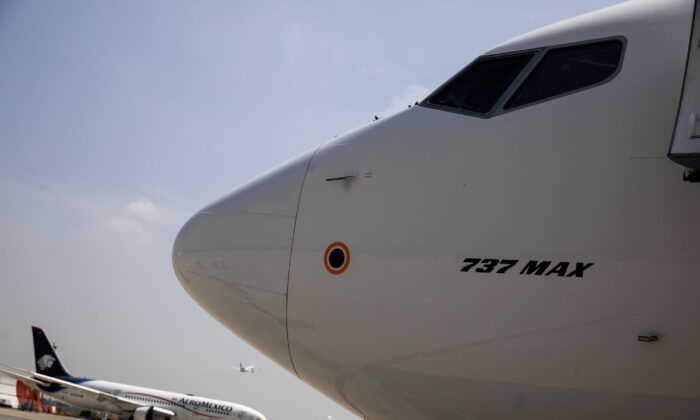 Boeing Co. reported a quarterly loss on Wednesday as charges and expenses on its problem-plagued 787 Dreamliner and Starliner spacecraft programs dampened a ramp-up in 737 MAX deliveries amid rebounding air travel.

The 737 MAX and 787 jetliners are integral to Boeing’s ability to recoup billions of dollars in lost sales from the pandemic and move beyond the safety scandal caused by two fatal crashes, while its Starliner has fallen behind dominating space rival Elon Musk’s SpaceX.

The U.S. planemaker reported a net loss of $132 million, compared with a loss of $466 million a year ago, but eked out a small core operating profit of $59 million, pushing shares up fractionally to $210.52 against a slightly lower Dow Jones Industrial Average.

“It’s important we enter (next year) with a decent trajectory. I feel like we’re on it,” Chief Executive Dave Calhoun said in an interview with CNBC.

Calhoun told employees earlier that Boeing was still muscling through many engineering, production, and safety certification problems across its aircraft portfolio. Those issues have been magnified by a severely weakened supply chain, weak international travel demand, and the 737 MAX jet’s continued grounding in China.

On the 787, Boeing said it incurred abnormal costs of roughly $1 billion—or $183 million in the quarter—due to inspections and repairs over the last two years from structural defects embedded in the aircraft, confirming for the first time a price tag reported by Reuters in February.

It has twice halted 787 deliveries, with the latest stoppage ongoing since May and resulting in an inventory of more than 100 jets worth $9 billion cash. Calhoun said he could not say when 787 deliveries would resume as Boeing works through forensic inspections and repairs to jets, and supplier problems.

“Simple maths and the $1bn anticipated cost would suggest that it is going to be another—3–4 quarters before the rate gets back to 5/month,” Vertical Research Partners analyst Rob Stallard said.

Boeing also booked a charge of $185 million on its long-delayed Starliner astronaut capsule it is developing under NASA’s Commercial Crew Program, due to delays and repairs from faulty fuel valves that sidelined the spacecraft after its last flight attempt in August.

Revenue rose 8 percent to about $15.3 billion, fueled by 737 MAX deliveries and growth in Boeing’s services unit as it sees recovery in the air travel market.

On the prospect of ramping to 50 or more jets monthly, Calhoun said, “The wild card in this one isn’t demand. It’s all about the supply chain. Whether it’s two, three, or four years, I’m not sure. I do think we get there.”

The company delivered 62 of its 737s in the quarter, the most since the first quarter of 2019 when the second of two fatal crashes grounded the plane worldwide and lurched Boeing into a crisis long overtaken by the global pandemic.

It also said it has been producing about two jets monthly at its South Carolina factory with plans to go back to an already slow rate of five a month at some future point.

Quarterly free cash flow of negative $507 million compared with negative $5 billion a year ago, while Boeing’s mountain of debt fell to $62.4 billion from $63.6 billion.