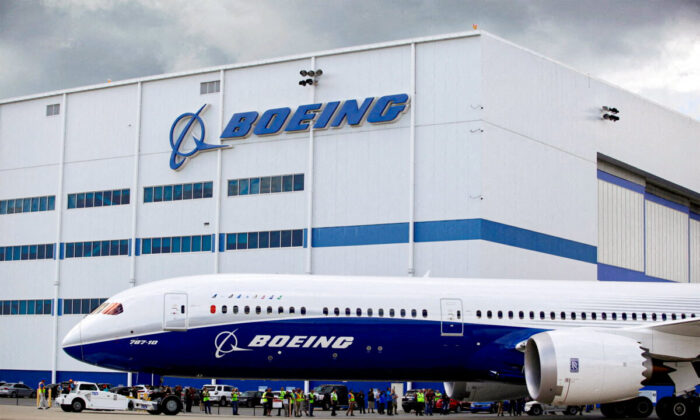 Boeing Co said on Tuesday it delivered 32 aircraft in January, the lowest in three months, as its sidelined 787 Dreamliner program continued to weigh on the planemaker’s ability to capitalize on a recovery in air travel.

The company handed over 27 737 MAX jets in January and three widebody aircraft, including a 777 freighter, Boeing said in its closely watched monthly report.

Of the 27 MAX deliveries, seven were to Irish budget carrier Ryanair, while China Eastern Airlines took delivery of one 777 freighter.

Boeing handed over 38 jets in December and 34 in November.

The 737 MAX and the 787 Dreamliner are crucial to Boeing’s ability to recover from the pandemic and catch up with Airbus, having lost out on the delivery race to its European rival for the third consecutive year.

After slashing production mainly due to the pandemic, planemakers are seeing more demand for medium-haul passenger jets and freighters, and are rushing to ramp up production.

However, snags in Dreamliner production have proved costly for Boeing, with the company incurring $4.5 billion in charges in the fourth quarter and paying penalties to customers for pushing back deliveries.

Boeing booked 77 orders on a gross basis in January, including orders for 55 MAX airplanes and 22 freighters. Demand for the cargo planes has been a bright spot for the company, as it continues to dominate sales amid an e-commerce surge.

Of the 737 MAX orders in January, 20 were from unspecified customers, with U.S. carriers American Airlines Group Inc and Southwest Airlines Co making up the remaining 35.

There were two cancellations for the 737 MAX in January, bringing Boeing’s overall net orders to 75.