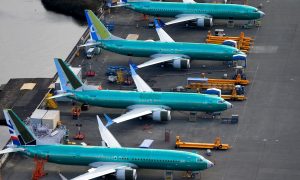 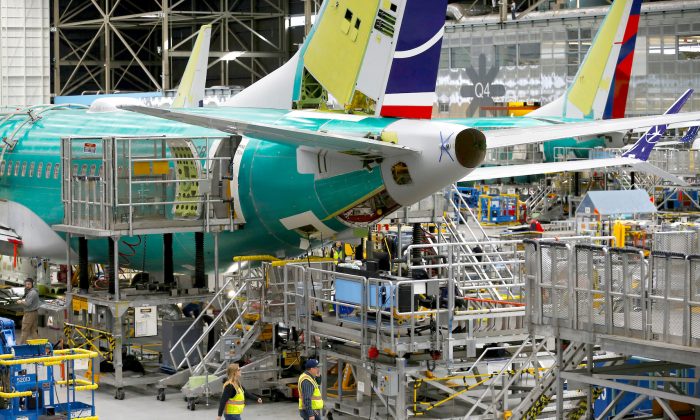 Employees walk by the end of a 737 Max aircraft at the Boeing factory in Renton, Washington, U.S., on March 27, 2019. (Reuters/Lindsey Wasson/File Photo)
Companies

Boeing Deliveries Fall 38% in the First Seven Months of 2019

Boeing Co delivered 38% fewer planes in the first seven months of 2019 than the same period a year earlier, as the grounding and doubts around the future of its best-selling 737 MAX jets hurt operations.

Deliveries totaled 258 aircraft in the seven months through July, compared to 417 last year, and trailing far behind the 458 aircraft handed over in the same period by European rival Airbus SE.

The numbers put Boeing on course to lose the crown of world’s biggest planemaker, which it has held uninterrupted for seven years.

Change in the 737 MAX flight-control software

Boeing plans further changes to the software architecture of the 737 MAX flight-control system to address a flaw discovered after a test in June, two people briefed on the matter said late on Aug. 1.

The redesign, first reported by the Seattle Times, involves using and receiving input from both flight control computers rather than one.

The move comes in response to an effort to address a problem discovered in June during a Federal Aviation Administration(FAA) simulator test.

This is on top of earlier announced changes to take input from both angle-of-attack sensors in the MCAS anti-stall system linked to two deadly crashes that led to a global grounding of the plane.

Boeing still hopes to complete the software redesign by the end of September to submit to the FAA for approval, the sources said.

For decades, 737 models have used only one of the flight control computers for each flight, with the system switching to the other computer on the following flight, according to people familiar with the plane’s design.

The FAA said in June that it had identified a new risk that would need to be addressed before the plane could be ungrounded.

Under a scenario where a specific fault in a microprocessor caused an uncommanded movement of the plane’s horizontal tail, it took pilots too long to recognize a loss of control known as runaway stabilizer, a Boeing official said at the time.

Southwest Airlines and Air Canada, however, have taken the 737 MAX off their schedules until January.

The FAA declined to comment on the Seattle Times report. Boeing did not respond immediately to a request for comment.