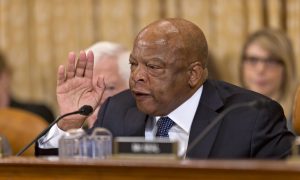 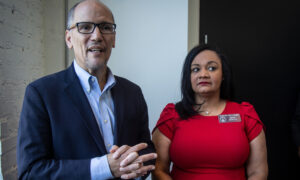 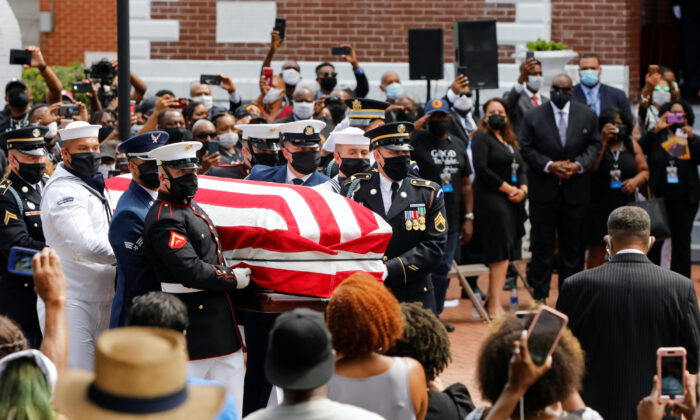 The casket of late U.S. Congressman John Lewis, a pioneer of the civil rights movement and long-time member of the U.S. House of Representatives who died July 17, is carried outside the Brown Chapel A.M.E. Church in Selma, Ala., July 26, 2020. Chris (Aluka Berry/Reuters)
US News

SELMA, Ala.—The body of civil rights icon John Lewis crossed the Edmund Pettus Bridge on Sunday, decades after his “Bloody Sunday” beating there drew a national spotlight to the struggle for racial equality.

A military honor guard carried his American flag-draped casket from Brown Chapel AME Church to a horse-drawn carriage, which crossed the rose-petal strewn bridge where the battering of Lewis by a white state trooper during a voting rights demonstration in 1965 became a focal point of the movement. The carriage driver wore a black top hat and a white face mask to guard against spread of the coronavirus.

Hundreds of people singing civil rights anthems watched “The Final Crossing” event. It was part of a multi-day celebration of the life of the congressman, whose body will lie in state at the U.S. Capitol in Washington, on Monday.

After his casket crossed the bridge, it was saluted by mask-wearing black and white Alabama state troopers.

Lewis, who died on July 17 at age 80 after a battle with pancreatic cancer, was a fiercely determined champion of nonviolent protest and was inspired by civil rights giant Martin Luther King, Jr.

Lewis, an Alabama sharecropper’s son who strove for equality for blacks in an America grappling with racial bigotry and segregation, played an outsized role in U.S. politics for six decades, first elected in 1986 to represent Georgia in the U.S. House of Representatives.

The Edmund Pettus Bridge was a searing symbol of the civil rights struggle. On March 7, 1965 non-violent demonstrators calling for voting rights regardless of race marched across the bridge and were met by club-swinging Alabama state troopers at the direction of then-Democratic Alabama Gov. George Wallace who was a segregationist. Lewis was beaten so badly on what is now referred to as “Bloody Sunday” that his scars were visible decades later.

Currently, amid national anti-racism protests and a movement to abolish Confederate monuments and symbols, calls have grown to rename the bridge that is named for Edmund Pettus, who fought in the Confederate Army and robbed African-Americans of their right to vote after Reconstruction.

In a surprise appearance at this year’s “Bloody Sunday” march in Selma on March 1, Lewis implored voters to use the ballot box as “a nonviolent instrument or tool to redeem the soul of America.”

“We are all infused with that optimism,” she told the congregation. “Can’t you hear him? ‘Find a way to get in the way—good trouble, necessary trouble.'”