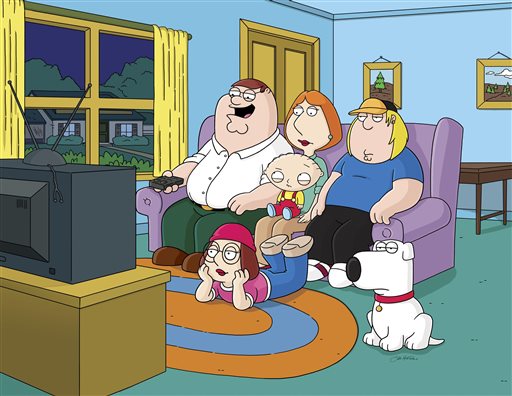 Bob’s Burgers and Family Guy are on a two-week Sunday night broadcasting break because Fox is airing the Teen Choice Awards on August 10 and an NFL preseason game on August 17.

The two 30-minute comedies will return on Sunday, August 24.

Bob’s Burgers is currently airing reruns. It will return with the rerun “A River Runs Through Bob” on August 24.

“Bob, Linda and the kids go on a camping adventure and face the perils of nature…and Bob’s intestines. Braving wild river rapids, eager squirrels and parent/child separation, the Belchers prove they are worth their mettle,” according to the episode description.

Bob’s Burgers season 5 is slated to premiere on October 5.

Family Guy is also currently airing reruns. It will still air on Tuesday night, and will also return on August 24, with the episode “Mom’s the Word.”

“After Peter’s mother passes away, he forms a special friendship with her longtime pal, Evelyn (guest voice Lauren Bacall), who attempts to seduce Peter. Meanwhile, Stewie is distraught when he understands the reality of death for the first time,” according to the episode description.