Bob Woodson and the Birth of the 1776 Initiative 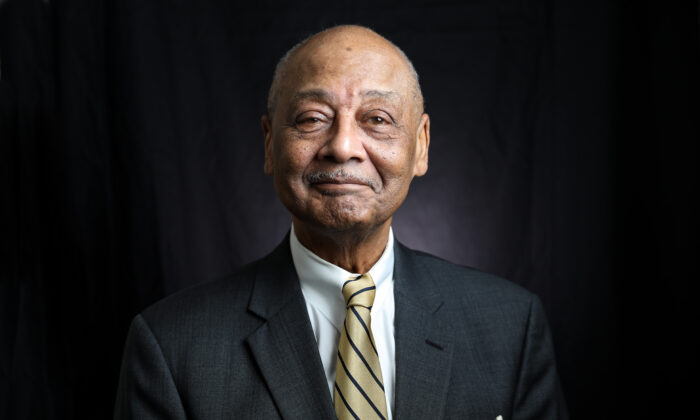 Bob Woodson, the founder and president of the Woodson Center, in Washington, on Feb. 18, 2020. (Samira Bouaou/Epoch Times)

Amid the coronavirus and stock market dips is a correction—seven months overdue—of one of the many distortions and mistruths that permeate The New York Times’ 1619 Project.

Launched in August 2019, the 1619 Project offers a revisionist narrative of America’s founding. It argues that everything that has happened in our country can be traced to slavery and white oppression.

Start with the introduction:

“Out of slavery—and the anti-black racism it required—grew nearly everything that has truly made America exceptional: its economic might, its industrial power, its electoral system, its diet and popular music, the inequities of its public health and education, its astonishing penchant for violence, its income inequality, the example it sets for the world as a land of freedom and equality, its slang, its legal system and the endemic racial fears and hatreds that continue to plague it to this day.”

This distressing message tells readers that the United States is an evil nation steeped in white supremacy and its oppression of slaves and their descendants. Every present-day malady affecting black communities, says the 1619 Project, is traceable to slavery, which is deemed part of the nation’s DNA. These include, for example, high levels of illegitimacy, mass incarcerations, and crime.

Nikole Hannah-Jones, the 1619 Project’s creator, argues that the true birth of America occurred not on July 4, 1776 (when the Founding Fathers signed the Declaration of Independence), but sometime in 1619. That’s when the first 20 to 30 Africans came to Virginia as slaves. Hannah-Jones’s narrative ignores the fact that the first Africans who came involuntarily served as indentured servants only to eventually become part of the backbone of free blacks in America.

One of the most glaring errors in the 1619 Project, and one which has since received only a minor correction, was Hannah-Jones’s historically inaccurate claim that the Revolutionary War was fought to preserve the institution of slavery. This bogus claim and others drew a rebuke from such eminent historians as James McPherson, Gordon Wood, Victoria Bynum, James Oakes, and Sean Wilentz.

These scholars challenged The New York Times’ project over its inaccuracies and failure to adhere to basic verifiable historical facts about America’s founding. In assembling the essays for public consumption, The New York Times ignored the corrections recommended by its own fact-checkers.

Unfortunately, this false narrative of America’s founding is being disseminated nationwide as a free curriculum to thousands of schools.

Since the initiative’s launch in mid-February, its organizer and leader Bob Woodson, founder and president of the Woodson Center, and other 1776 Initiative individuals have worked tirelessly to expose the emptiness and dangers of the 1619 Project’s destructive message about perpetual black victimhood and unrelenting white racism.

We and others in the group have all committed ourselves to upholding the founding virtues of our nation as embodied in the Declaration of Independence and the U.S. Constitution. We first met on Jan. 15, and the 1776 Initiative was launched on Feb. 14.

I believe our activism and Woodson’s numerous interviews are influencing factors behind the decision by NY Times editor Jake Silverstein and Hannah-Jones to make corrections to their deeply flawed project, although they remain only minor, and unsatisfactory, corrections at this point.

Woodson sees the most damaging aspect of the 1619 Project as the insinuation that “blacks are born inherently damaged by an all-prevailing racism and that their future prospects are determined by the whims of whites.”

In disputing the 1619 Project’s main premise, he points out the achievements of blacks who emerged from slavery without a slave mentality and achieved success. They maintained “a strong moral code and a belief in self-determination and mutual support that allowed them to rise despite their enslavement.” Some died as millionaires.

The mission of the 1776 Initiative is truth, perseverance, and triumph. Its members acknowledge that America has not been a perfect nation, but has always striven to be better. We don’t believe America is forever defined by its past failures. We offer alternative perspectives as we celebrate America’s progress in moving toward greater equality and opportunity. We “highlight the resilience of her people.”

Our focus is on empowering community leaders of all races to improve their lives and rejuvenate their neighborhoods. We extol the accomplishments in many communities today, in which blacks and other disadvantaged Americans have used their ingenuity to solve their own problems instead of looking outside themselves and their communities for rescuers who rarely come.

Our mission is to unite Americans rather than divide them around issues of race and ethnicity: “We do this in the spirit of 1776, the date of America’s true founding.”

Carol M. Swain
Dr. Carol Swain, an award-winning political scientist and former tenured professor at Princeton and Vanderbilt Universities, is a Distinguished Senior Fellow for Constitutional Studies with the Texas Public Policy Foundation and the co-author of "Black Eye for America: How Critical Race Theory is Burning Down the House."
Website