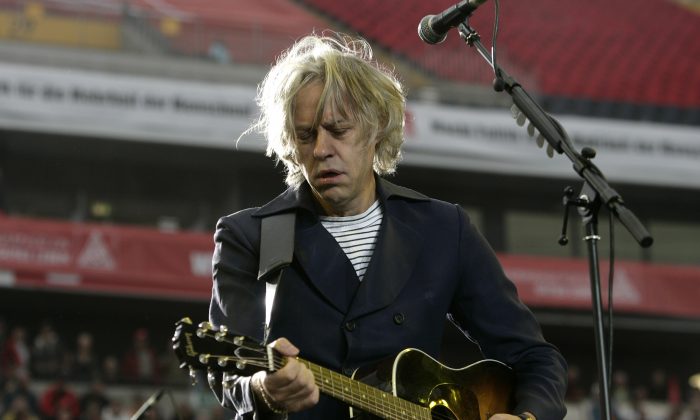 Irish rockstar Bob Geldof, 61, is set to travel on a privately built spacecraft along with 99 other people who paid for the $100,000 tickets, making him the first Irishman in space.

The Space Expedition Corporation plans to launch the Lynx X2 spacecraft trip in 2014, reported the BBC Tuesday. Geldof will begin training for his spaceflight in the Netherlands this weekend.

Geldof, the former Boomtown Rats frontman, said in a statement quoted by Sky News: “Being the ‘first Irishman in space’ is not only a fantastic honor, but pretty mind-blowing. The first rock astronaut space rat! Elvis may have left the building, but Bob Geldof will have left the planet! Wild!

“Who would have thought it possible in my lifetime.”

The spacecraft will launch from Curacao and travel 62 miles into space. Others who have signed up, according to the BBC, include DJ Armin van Buuren and Victoria’s Secret model Doutzen Kroes.