Of Chinese Products, Powdered Milk Not the Only Poison
0 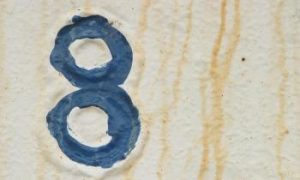 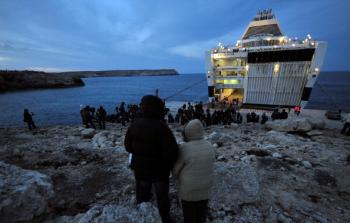 Tunisian would-be immigrants await to be transferred out of the Italian island of Lampedusa on March 30, 2011. (Alberto Pizzoli/AFP/Getty Images)
Europe

By Stephen Jones
Print
A boat carrying over 200 people fleeing violence in Libya capsized off the Italian island of Lampedusa before dawn on Wednesday.

A total of 113 people are presumed to have drowned when the 13-meter (42.6-foot) boat sank under high winds and waves. The United Nations refugee agency (UNHCR) reported that the Italian coastguard rescued 47 people, including two women, one of them pregnant.

The boat left the Libyan port city of Zuwarah three days ago, survivors told the UNHCR. Those on board the vessel come from Somalia, Eritrea and Ivory Coast and included many women and at least three children.

“They fled war and persecution in their own countries and now, in their attempt to seek safety in Italy, they tragically lost their lives,” said António Guterres, U.N. High Commissioner for Refugees in a statement.

Authorities received a distress call from the vessel at around 4 a.m. local time, when the boat was 70 km (40 miles) from the coast of Lampedusa.

Guterres said that the incident is particularly disturbing because his agency and other organizations are providing humanitarian aid and protection to people fleeing Libya. "I appeal to all those patrolling the Mediterranean Sea to do everything they can to help vessels in distress," he said.

The island of Lampedusa, which lies between Tunisia and Italy, became a beacon for 22,000 people fleeing violence in Tunisia since January, although the vessel is believed to be the first to arrive from Libya.

The Italian interior minister Roberto Maroni was reported to have reached a deal with the new Tunisian government to grant a six month residency to Tunisians already on the island, but that new arrivals would be deported. He told reporters that the measures would “turn off the tap” on illegal migration.

Italy has been appealing to the European Union to help with the onslaught of migrants to Lampedusa. A European Parliament resolution adopted on Tuesday stating that the EU cannot rely purely on its border security agency Frontex to help Italy cope with the migration crisis. Parliament members are calling for a clear action plan to help resettle refugees, they also stressed needing to help reduce unemployment in the countries the migrants are fleeing.