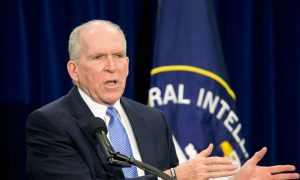 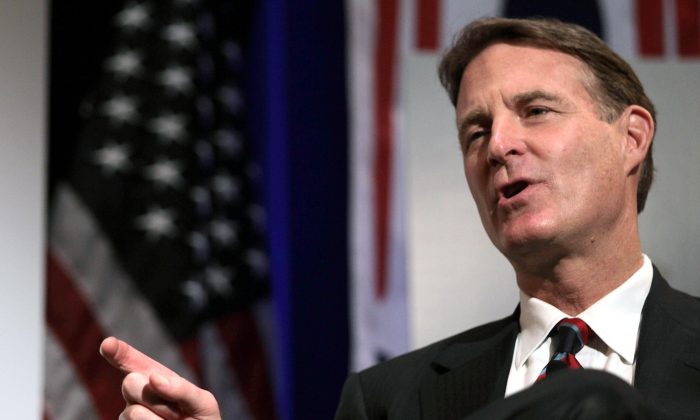 Former U.S. Sen. Evan Bayh (D-Ind.), who chaired the board that decided the actions of five CIA personnel accused of spying on the Senate did not warrant discipline, in in New York City on on Dec. 13, 2010. (Spencer Platt/Getty Images)
US

Board Clears CIA Officials of Wrongdoing in Senate Case

The five CIA personnel involved in improperly accessing the database of the Senate Select Committee on Intelligence (SSCI) during its investigation of the agency’s interrogation program will not be disciplined, the agency said today.

“The Board found that no discipline was warranted for the five CIA personnel under review because they acted reasonably under the complex and unprecedented circumstances involved in investigating a potential security breach in the highly classified shared computer network,” former Sen. Evan Bayh (D-Ind.), who led the Accountability Board that reviewed the matter, said in a statement on Wednesday.

“I continue to believe CIA’s actions constituted a violation of the constitutional separation of powers.”
— Sen. Dianne Feinstein (D-Calif.)

The review was conducted months after Sen. Dianne Feinstein (D-Calif.) accused the CIA of spying on the Senate Intelligence Committee in March, after Senate staffers had obtained classified documents they were not authorized to have. The CIA admitted in July that some agency employees “acted in a manner inconsistent with the common understanding.”

“I continue to believe CIA’s actions constituted a violation of the constitutional separation of powers,” Feinstein said in a statement. “I’m thankful that Director Brennan has apologized for these actions, but I’m disappointed that no one at the CIA will be held accountable.”

The batch of documents the staffers had obtained was colloquially known as the “Panetta Review,” an internal CIA report that allegedly documented more egregious examples of CIA misconduct than what had been provided to the Senate Committee. CIA personnel had accessed the internal Senate network hard-drives to check how the authorized documents were obtained and whether they had been printed for distribution.

“Because there was no formal agreement—or even clear common understanding—governing the procedures to be followed in investigating a potential security incident in these circumstances, no course of action was free of potential complication or conflict,” Bayh said. “It was a mistake that did not reflect malfeasance, bad faith, or the intention to gain improper access to SSCI confidential, deliberative material.”

“It was a mistake that did not reflect malfeasance, bad faith, or the intention to gain improper access.”
— Evan Bayh, chairman, Accountability Board

The White House has not commented on the Board’s findings. Earlier in July, the White House stood by Brennan, praising the director for appointing someone outside of the CIA to head the review.

“And it in no way impacts any judgment on John Brennan’s strong record of making the kinds of difficult decisions that are necessary to keep the American public safe,” said Press Secretary Joshua Earnest.

The Justice Department in July had declined to investigate the CIA, saying it had “carefully reviewed the matter” and did not find enough evidence to “warrant a criminal investigation.”

The Accountability Board recommends that, going forward, the CIA should insure that “formal, written” protocols concerning network access be established beforehand and that the agency’s “Office of Congressional Affairs” be involved at the outset of future activities of this nature.

The CIA said it has accepted the above recommendations, as well as a few others designed to preempt future conflicts with Congress.