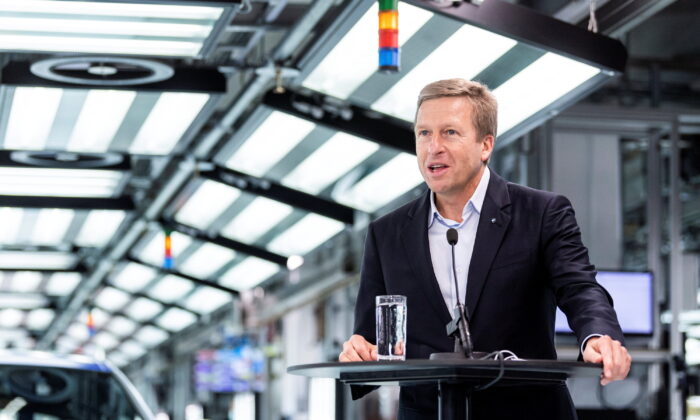 BMW CEO Oliver Zipse speaks during a visit of the German Economic and Climate Protection Minister Robert Habeck at the BMW plant in Munich, Germany, on Jan. 20, 2022. (Lukas Barth/Reuters)
Companies

BERLIN—A shortage of semiconductors is likely to remain a problem for the auto industry into 2023, German carmaker BMW’s Chief Executive Oliver Zipse said in an interview with newspaper Neue Zuercher Zeitung (NZZ) published on Monday.

“We are still in the height of the chip shortage,” Zipse was quoted as saying. “I expect us to start seeing improvements at the latest next year, but we will still have to deal with a fundamental shortage in 2023.”

BMW said during its annual press briefing in mid-March that it expected the chip shortage to last throughout 2022.

Zipse’s comments echoed similar statements by Volkswagen’s CFO Arno Antlitz on Saturday who said he expected that supply of chips would not be able to meet demand until 2024.