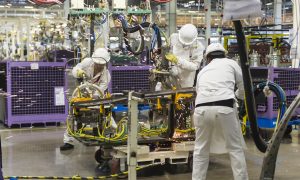 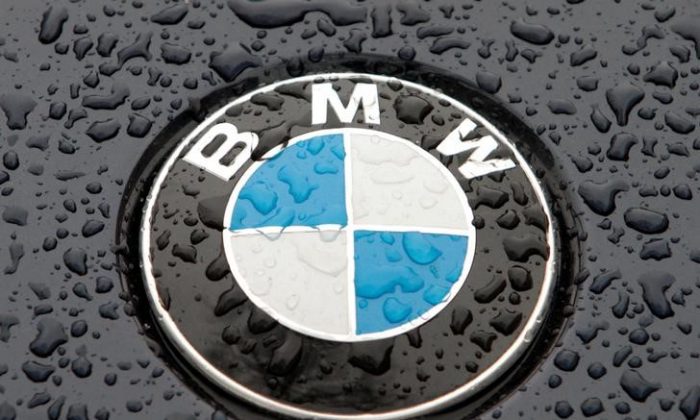 The logo of German car manufacturer BMW on the hood of a vehicle in Kiev March 27, 2012. (Reuters/Str)
Companies

BMW Plans to Cut Costs After Warning on Profits

The German carmaker last week reported a 7.9 percent fall in 2018 operating profit and said it would step up efficiency measures in anticipation of a difficult year in a sector grappling with the shift toward electric vehicles, Brexit uncertainty, and global economic worries.

Group earnings before tax are expected to be significantly below 2018 levels, the company warned on March 20, leaving analysts wondering about a broader downturn in auto industry profitability. BMW shares fell 5 percent.

“If BMW is facing this kind of difficulty and feels the need to guide this cautiously, what does this tell us about the rest of the sector?,” Bernstein Research analyst Max Warburton said.

BMW was the only German premium automotive brand to buck a downturn in demand in China and the United States last year and reaffirmed it expected vehicle deliveries to rise again in 2019 thanks to the rollout of new BMW 3-series, X5, and X7 models.

“Depending on how conditions develop, our guidance may be subject to additional risks; in particular, the risk of a no-deal Brexit and ongoing developments in international trade policy,” BMW Chief Financial Officer Nicolas Peter said.

BMW continues to expect an orderly Brexit and said disruptions from a disorderly Brexit would be likely to normalize after four to six weeks.

The company sought to play down the prospect of a looming production shift from its plant in Oxford, England toward other plants in continental Europe if cross-border tariffs are introduced after Brexit.

“If tariffs are in the range of zero and 5 percent, the business case would not dramatically change,” BMW production chief Oliver Zipse said, referring to Oxford’s status as a production and export hub for the Mini.

A disorderly Brexit could result in tariffs of up to 10 percent and even then BMW would cope, given that it has built up production capacity in the Netherlands, BMW said.

BMW produced 211,660 cars in the Netherlands last year, a 39 percent increase. BMW uses contract manufacturer VDL Nedcar to build the BMW X1, the Mini hatch, Mini convertible and Mini Countryman models at a Dutch plant in the town of Born.

BMW said it plans to save 12 billion euros by the end of 2022 by cutting the number of available engine and gearbox combinations by 50 percent and slashing vehicle development times through increased software simulation.

The carmaker also said it will make structural changes at its plants and headquarters to trim overheads, and cut the size of its management board to 7 members from 8, following the retirement of Peter Schwarzenbauer.

Using software for developing vehicles will also help speed up development of new models by as much as a third.

“Among other savings, digital simulations and virtual validation could eliminate the need for some 2,500 expensive prototype vehicles by the year 2024,” BMW said.

BMW said it expects the operating margin in its automotive division to fall to between 6 percent and 8 percent this year, below its 8-10 percent target.

BMW sidestepped questions about whether Chief Executive Harald Krueger, 53, would receive a contract extension, which is due to be discussed this year if the supervisory board agrees.

Krueger was hired for a five-year term in May 2015 and it is customary for German companies to communicate a year before contract expiry whether a board member’s contract will be extended.

Krueger’s health was called into question after he collapsed on stage during his first major press conference in 2015. BMW blamed Krueger’s fall on dizziness at the time.

BMW spokesman Maximilian Schoeberl said succession was “not a topic” being discussed.

BMW production chief Zipse and Klaus Froehlich, the company’s board member responsible for development, as well as finance chief Peter,  are seen as potential replacements if Krueger does not remain as CEO.