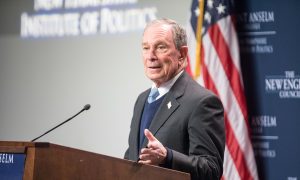 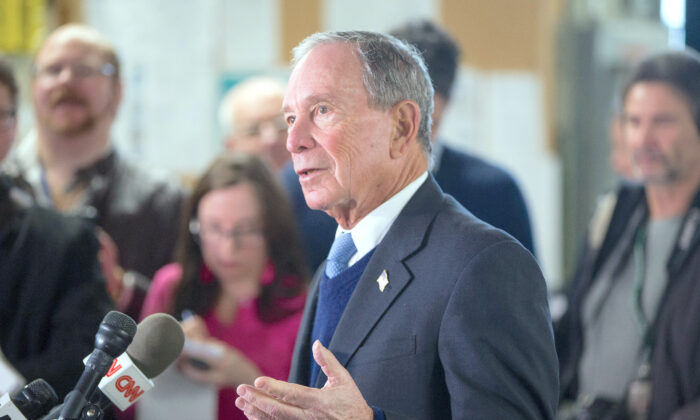 Billionaire Michael Bloomberg, who has officially entered the 2020 Democratic primary field, has spent roughly $34 million across 46 states on advertisements as of Nov. 22, according to data from Advertising Analytics.

“This buy is MASSIVE,” Ben Taber, an analyst for the firm, said in an email to Politico.

“I think it‘s going to be the biggest buy of all time,” he added. The amount would top then-President Barack Obama’s $30 million one-week spree in 2012.

The former mayor of New York City “could spend more in one day than other presidential candidates spend in an entire campaign’s lifespan,” Fernand Amandi, a Democratic consultant pollster who worked for Obama’s campaigns, told the outlet.

“What makes the Bloomberg campaign budget so amazing is that there is no budget. Everything is attainable. … We haven’t seen a presidential campaign like one that Michael Bloomberg could run.”

The new ad buys included one in West Palm Beach, Florida, where Trump’s Mar-a-Lago club is located, and one in Dallas. The ad, a one-minute long portion taken from Bloomberg’s announcement video, includes criticism of Medicare for All, a socialist proposal that’s championed by a number of Democratic candidates.

“Everyone without health insurance can get it and everyone who likes theirs keep it,” it states. It also says Bloomberg is a “job creator” and a “leader” who can solve problems.

While the buy is large, some said it might not help Bloomberg that much.

“TV spending isn’t everything,” Kevin Cate, a consultant to Democratic candidate and billionaire Tom Steyer, wrote on Twitter. “Earned media is king in presidential campaigns. I ran a one week @criticalmention report on Elizabeth Warren’s TV coverage — & it came out to about 3x the monetary value of this [Bloomberg] buy.”

Rivals and other Democrats have also criticized the massive purchase, including Sen. Bernie Sanders (I-Vt.) and Rep. Alexandria Ocasio-Cortez (D-N.Y.).

Bloomberg, 77, has a net worth of $58 billion and is among the richest people in the world. He has financially supported a number of political causes, including gun control, since leaving office in 2013. He owns Bloomberg LP, which includes Bloomberg News.

Bloomberg officially announced his bid for the presidency on Nov. 24 after testing the waters for weeks.

He is trying to position himself as the best Democratic candidate to beat Trump, an argument that various candidates have made in recent months.

“I’m running for president to defeat Donald Trump and rebuild America. We cannot afford four more years of President Trump’s reckless and unethical actions. He represents an existential threat to our country and our values. If he wins another term in office, we may never recover from the damage. The stakes could not be higher. We must win this election. And we must begin rebuilding America,” Bloomberg said in a statement.

“I believe my unique set of experiences in business, government, and philanthropy will enable me to win and lead. As a candidate, I’ll rally a broad and diverse coalition of Americans to win. And as president, I have the skills to fix what is broken in our great nation. And there is a lot broken.”

Recent polls show Bloomberg behind a slew of other candidates, who have a major head start on him. Only 3 percent of respondents at most say that Bloomberg is their first choice for president.