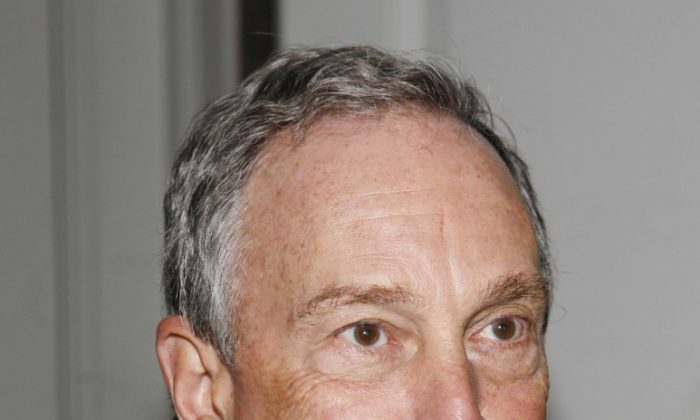 Sun rises on Morris Campus in the Bronx on Wednesday morning, the day before the building hosts the 2012 State of the City address. (Courtesy of the Office of the Mayor)
US

NEW YORK—Mayor Michael Bloomberg will give his 11th annual State of the City address from a podium at Morris Campus—the first public high school in the Bronx—later today.

“We hope he will talk about how he will change education in the Bronx,” said Mona Davids of the NYC Parents Union in a telephone interview. She noted that English and math scores in the Bronx have been the lowest in the nation for a decade.

Education was not a central issue in his State of the City address last year, which focused on government efficiency and entrepreneurship, but Davids and Kathryn Wylde, president and CEO of business leaders association Partnership for New York City, both believe it will be a priority in this year’s address.

“Public education and diversifying our economy,” were the two topics Wylde hopes and expects the mayor will address. Wylde says technical education, summer jobs, and making sure youth are career-ready are hot topics.

While he recognizes that the union President Michael Mulgrew cares about students, Bloomberg says it is Mulgrew’s job to fight for teacher’s jobs. Mulgrew is in a tough spot when the lowest performing teachers put pressure on the union to protect their jobs, noted Bloomberg.

Principals decide who to hire and fire at present, but the union calls for an independent evaluation of teachers. Bloomberg says that in the private sector, employees are at the mercy of their bosses, and it should be the same in the public sector.

“We’re not in the private sector!” exclaimed Davids. She says teachers cannot speak out for the good of the students if they are worried about getting on the wrong side of their bosses.

Gov. Andrew Cuomo mentioned the need for more accurate teacher evaluations in his State of the State address last week, but did not go into detail.

Wylde praised the start Bloomberg has made on bringing “centers of economic activity to all five boroughs.” She gave the examples of the Brooklyn Navy Yard development, the Jamaica Center development in Queens, and the Coney Island development project.

From his podium in the Bronx, Bloomberg will announce plans to develop the Bronx Kingsbridge Armory, which has been vacant since 2003. It was built between 1912 and 1917 to look like a medieval French castle. It is a landmarked building and is reputedly the largest armory in the world at 575,000 square feet.

The building will be open to commercial, retail, entertainment, recreation, and community facilities development with a special priority placed on plans that will produce the most jobs.

A Request for Proposals (RFP) issued in 2006 did not successfully lead to development. The RFP released Thursday will be similar with the key difference that long-term leases will be allowed in addition to sale.

“We are launching a new effort to bring jobs to the most talked-about empty building in the Bronx: The Kingsbridge Armory. We’ve heard from a variety of interested parties, and we are putting aside our differences to do what’s best for the city. That’s what leadership is about. It’s not about a series of running arguments—it’s about getting things done,” reads a line from the mayor’s prepared speech, the only line released by the mayor’s office on Wednesday.