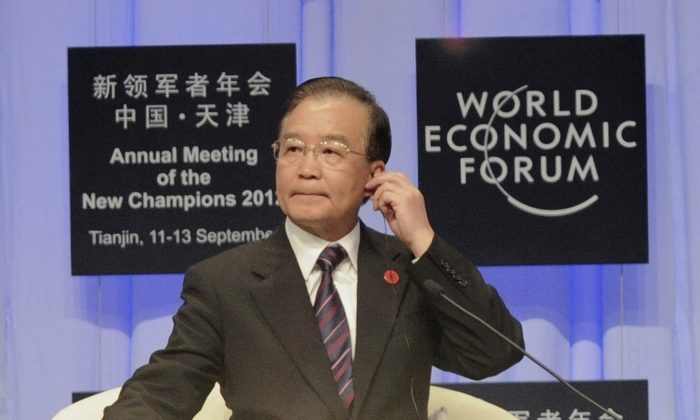 The withholding of residency visas for reporters from Bloomberg News and The New York Times (NYT) can be understood as a punishment for their ignorance in understanding politics in China and their unconscious involvement in an internal power struggle. But the most important point to communicate to the two news organizations is this: Do not bet on the wrong side of the Chinese Communist Party.

In the past year or so, the two organizations have written stories about the family wealth of former Chinese Premier Wen Jiabao and other economic reformers without knowing that the materials were being passed to them by those associated with Zhou Yongkang, who is rumored to have once helped organize a coup against current leader Xi Jinping. The result is that the two American news organizations were being used to attack Xi’s camp.

It is now obvious that Bloomberg and NYT lack a basic understanding of Chinese politics. There are so many corrupt officials promoted by past senior leaders in lucrative fields like energy, transportation, banking, and power generation that Times and Bloomberg should look at the most corrupt officials instead of only the families of Wen Jiabao and Xi Jinping.

Their focus was curiously selective, if not unethical. It would be like targeting for investigation U.S. Bancorp in mortgage underwriting practices after the Great Recession, while totally ignoring Countrywide Financial.

In China, it is almost impossible to obtain information about the business dealings of senior leaders—unless someone in the inner circle of an intelligence agency exposes it intentionally for the purpose of someone gaining the upper hand in a power struggle. So Bloomberg and NYT were used by Xi’s archenemy as arrows aimed at the Xi camp. Now Xi Jinping is firmly in control and needed to teach the two companies a lesson. Their reporters will get their visas soon, after the purpose has been served.

The lesson Bloomberg and NYT should learn is that their management has a very poor grasp of China. They should think carefully about this experience and perhaps in the future they will have deeper insight into this troubled nation.