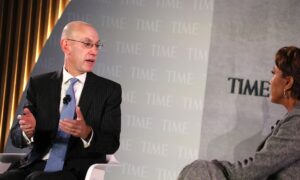 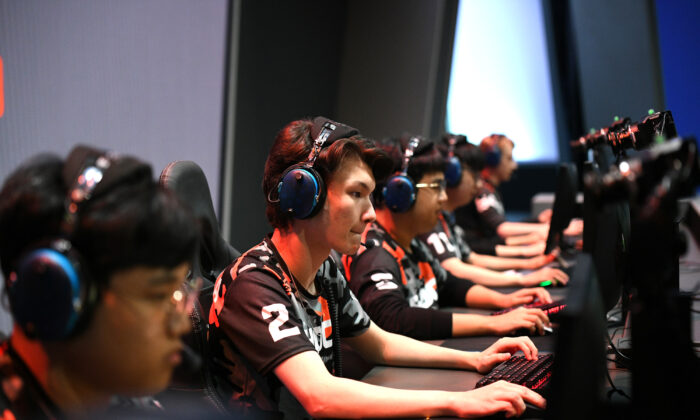 The San Francisco Shock and Vancouver Titans will face off at the Overwatch League Grand Finals 2019 at Wells Fargo Center in Philadelphia, Pennsylvania, U.S. on Sept. 29, 2019. (Bryan Bedder/Getty Images for Blizzard Entertainment)
Companies

A new Rand think tank report suggests that Fortune 500 corporations can learn lessons from video game maker Blizzard-Activision’s handling of comments by one of its champion online players in support of Hong Kong protests.

Rand suggests corporations are skilled in dealing with international friction such as Mercedes-Benz’s 2018 Dali Lama-inspired advertisement and the NBA’s entanglement from a team general manager tweeting Hong Kong protestor support. But “U.S. firms such as Blizzard are in a more precarious position precisely because their digital products are co-located with a readily adopted tool of protest: a computer or phone.”

Video game revenues are approaching $90 billion, equivalent to about 40 percent of all worldwide television revenues. The key to video game growth has been the addictive “bingeable” nature of online gaming and the tremendous growth in esports. Games are available in every nation on the planet, but the United States with a 29 percent market share and China with 37 percent share account for almost three-quarters of global game revenues.

For digital U.S. companies to legally enter the Chinese market they must, by law, sign tech sharing-agreements, such as Blizzard’s 2008 deal with China’s NetEase that covers all Blizzard franchises such as “World of Warcraft,” “Hearthstone,” and “Overwatch.”

Despite the Fortune 500 company’s posted “Living our Values” code of conduct that emphasizes responsibility, creativity, and integrity, Blizzard on Oct. 8 sanctioned Blitzchung for violating the Hearthstone competition’s official rules by removing him from the Grandmasters tournament, issuing a 12-month ban and canceling his winnings. Blizzard also terminated interviewers “Virtual” and “Mr. Yee” for encouraging Blitzchung.

Blizzard’s official corporate release stated: “While we stand by one’s right to express individual thoughts and opinions” … “players and other participants that elect to participate in our esports competitions must abide by the official competition rules.”

But that was substantially different than its harsh Chinese corporate statement posted on Weibo: “We express our strong indignation and condemnation of the events that occurred in the Hearthstone Asia Pacific competition last weekend and absolutely oppose the dissemination of personal political ideas during any events. The players involved will be banned, and the commentators involved will be immediately terminated from any official business. Also, we will protect our national dignity.”

Rand highlights that in response from the famously irreverent and snarky gamer crowd, Blizzard suffered an online torrent of accusations for compromising its ethics to maintain positive relations with Chinese regulators. Fans of Overwatch, Hearthstone and World of Warcraft began “conscripting Blizzard intellectual property directly into their protest memes”—perhaps in an attempt to run Blizzard’s leadership directly into the jaws of China’s Great Wall cyberspace administrator.

Gamers hacked the Overwatch adventurer/climatologist female character “Mei-Ling Zhou” (周美灵) to add protest tattoos, place her in Tiananmen Square riots with the motto “Our world is worth fighting for.” The rebellious meme caused Great Wall’s automated and human censors to execute Blizzard title blocking and take-downs.

Angry gamers review-bombed and down-voted products associated with Blizzard, as threads on Twitch and Reddit referred to Blizzard as a proxy for China authoritarianism.

U.S. gamer ire rose slowly with the launch of #BoycottBlizzard on Oct. 9. But it picked up several days later after company president J. Allen Brack stated on Oct. 11 that in the Blitzchung action, China “had no influence on our decision.” Gamer boycotting quickly started trending on Twitter and two U.S. Senators spoke out against Blizzard.

With the viral protest going global as the company opened its 2019 BlizzCon in Anaheim, California on Nov. 1, Blizzard president Brack apologized to a huge crowd and live-streamed to hundreds of thousands:

“We moved too quickly in our decision, and then, to make matters worse, we were too slow to talk with all of you.” He added: “We didn’t live up to the high standards we set for ourselves. We failed in our purpose. I am sorry and I accept accountability. What exactly is our purpose? BlizzCon is demonstrating it as we speak. We aspire to bring the world together in epic entertainment. I truly believe in the positive power of video games.”

The viral techdirt.com on Nov. 9 summed up gamers’ take on the apology: “Very little is clear in any of this, save for the simple reality that Brack’s apology was corporate nonsense. If any of this was supposed to tamp down the fervent anger at Blizzard’s actions, I can’t imagine it working.”