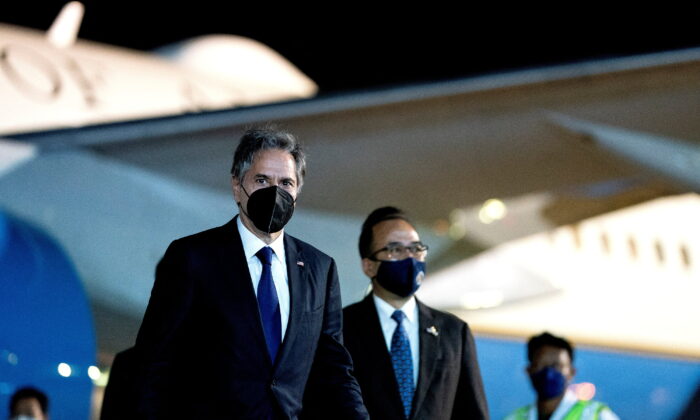 BANGKOK—U.S. Secretary of State Antony Blinken will make a previously unscheduled stop in Tokyo on Monday to offer condolences to the Japanese people after the assasination of former Prime Minister Abe Shinzo, the State Department said on Sunday.

Blinken will meet with senior Japanese officials, the State Department said in a statement.

He was in Bangkok on a tour of Asia that also took him to Indonesia for a meeting of Group of Twenty (G-20) foreign ministers.

“The U.S.–Japan Alliance is the cornerstone of peace and stability in the Indo-Pacific and has never been stronger,” the State Department said.