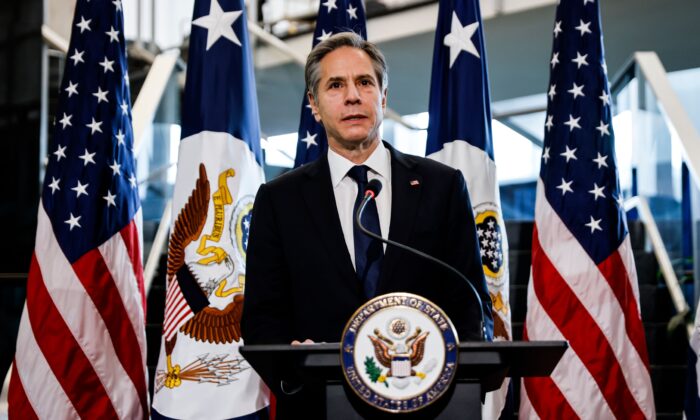 Secretary of State Antony Blinken speaks during a welcome ceremony at the State Department in Washington, on Jan. 27, 2021. (Carlos Barria/Pool/AFP via Getty Images)
Middle East

Responsibility for the attack was claimed by a little-known group that some Iraqi officials say has links with Iran.

State Department Spokesperson Ned Price said he did not want to get ahead of an investigation into who was responsible for the attack, but that the United States reserved the right to respond “at a time and place of our choosing.”

By Humeyra Pamuk and Simon Lewis