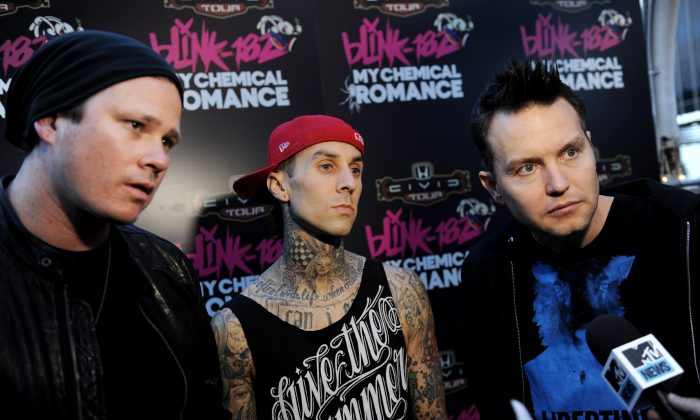 Blink-182 will start recording their new album this year, after a delay.

The original plan was to start at the beginning of 2014 but the group will now hit the studio sometime before 2015.

“We have the beginning of song ideas at this point, and we are really just excited to get into the studio and have an album out sooner rather than later.”

The group has recorded albums with members all in the same room but also recorded remotely with Neighborhoods, the group’s last album that came out in 2011.

“Hopefully we can all mostly be in the same room,” Hoppus said.

“I am actually moving back to Los Angeles at the end of this summer, and then all of us will be in Southern California so it will be a lot easier for us to be in the same place at the same time.”