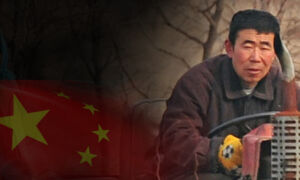 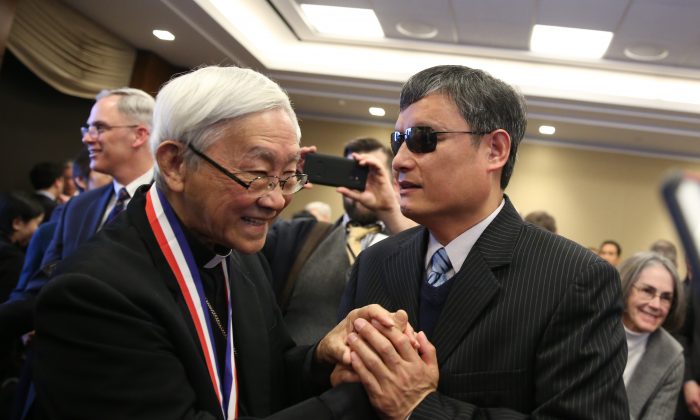 Chen Guangcheng, a prominent Chinese human rights activist and lawyer, in a recent interview with The Epoch Times Chinese edition, talked about the poverty situation in rural China today. He discussed some misconceptions about the data on poverty and its true meaning in China. According to Chen, poverty is handled differently in China, which doesn’t have a well-defined poverty line nor does it offer the same social benefits that free countries like the United States provide.

Chen became famous in China because he helped many vulnerable groups such as peasants and the disabled to defend their rights.

He was on the list of The 2006 TIME 100 and was a 2012 Lantos Human Rights Prize recipient, among other titles and awards.

“Someone has to fight for people with no voice,” Chen said, “I guess that person is me.”

On May 28, 2020, Li Keqiang, Premier of the State Council of China, told a journalist that 600 million Chinese people have an average monthly income of only $154, reported the Hong Kong-based South China Morning Post.

Chen cautioned the actual situation was not accurately reflected in the data.

“It does not necessarily mean that all the 600 million people have an average of $154 every month,” Chen said.

He said only those who have lived in China’s rural areas are very clear about the situation of the so-called “poverty line.”

“If a [rural] resident doesn’t work in the city and make money by doing labor work and relies exclusively on income from the land, let me tell you, he may not be able to earn $154 for the whole year, not to mention for the month.”

Chen gave an example of a wheat farmer with 600 plus square meters of farmland. He said, “The best farmland can yield a maximum of about 660–760 pounds of wheat per 600 square meters every year. Now let’s do the arithmetic. In China, one pound of wheat sells for 15 cents. How much is it in total for 660–760 pounds of wheat? Minus cost of seeds, pesticides, chemical fertilizers, irrigation, and harvesting, is there any money left?”

Chen noted that the social benefits in the United States provided to people living below the poverty line are enough to provide for food and medical care. However, the free world should understand that living under the poverty line does not have the same meaning when the regime mentions it.

“That’s because in the United States the poverty line is very clear. When your income is low to a certain extent, you will get your social benefits,” Chen said. “I think many people living in the United States know clearly that you will not be left without basic necessities. The medical care and other social benefits provided are definitely enough for a person to live by himself,” Chen said.

In his view, the little bit of money that the poverty-stricken population can get from the communist regime, “is really very, very pathetic, even today.”

“There is no social benefit whatsoever,” Chen said.

On top of the lack of governmental benefits, the regime even forces them to pay taxes and various fees to local governments at the village level, town level, and other governmental levels, in the name of community services and management. Failure to pay taxes and fees will only result in brutal treatment including beatings and property destruction.