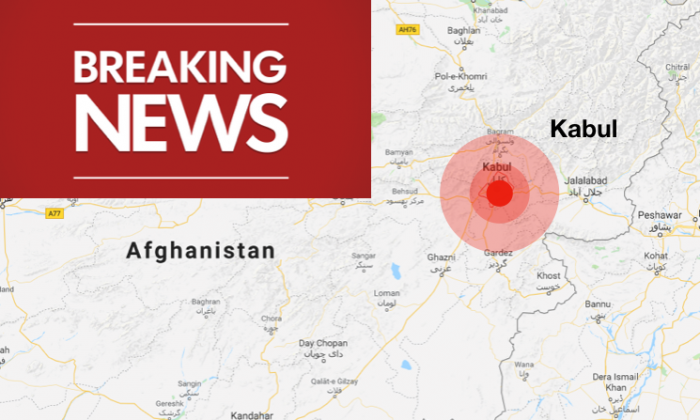 A blast rocked Kabul, Afghanistan on Saturday, Jan. 27, 2018. As many as 75 injuries have been reported, fatalities as yet unconfirmed. (Google Maps)
World

An explosion rocked the Afghan capital, Kabul on Saturday, Jan. 27, reporters were told, targeting an area with numerous foreign embassies and government buildings.

According to the BBC, over 50 have been injured in what is described as a suicide bombing.

A figure of 75 has been cited by Russia Today reporters, who claim an eyewitness told that the blast was caused by a car bomb that exploded near the gates of the old Interior Ministry building. Offices of the European Union and the High Peace Council are located in the vicinity.

#Kabul – Video shows the aftermath of a heavy explosion close to the old Ministry of Interior building in Kabul’s PD2. pic.twitter.com/T03iI0qicB

While one news agency reported several people had been killed, it was not immediately clear whether there were any fatalities from the blast, which comes a week after a deadly attack on the Intercontinental Hotel in the city.

No groups have claimed responsibility for the attack yet.