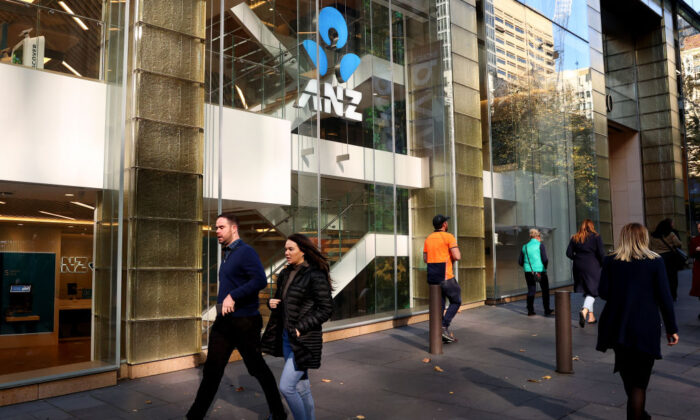 An economist has criticised claims that business profits are driving up inflation, calling it an “incoherent narrative.”

His comments come as businesses come into the firing line of commentators, politicians, and the Reserve Bank of Australia amid rising inflation in the country.

Australia’s official inflation rate has risen in lockstep with fellow democratic nations like the United States, Canada, and New Zealand—following the widespread deployment of lockdowns and government handouts during the pandemic—as of the June quarter, the official inflation is 6.1 percent.

“The narrative implies that only until a couple of years ago businesses weren’t greedy. For the last 40 years they were just benevolent philanthropists,” said John Humphreys, chief economist of the Australian Taxpayers Alliance.

He said the narrative implies businesses all got together around 12 months and decided that they were “going to start being greedy and start jacking up the prices.”

“I mean, it’s an incoherent narrative. I find it hard to believe anyone takes it seriously,” he told The Epoch Times.

“Nothing’s changed. What’s changed is the government printed too much money [during the pandemic], there was more money in the economy, and we have too much money chasing too few goods,” he said.

His comments echoed that of Gene Tunny, former Commonwealth Treasury official, who said decisions like the previous federal government’s $89 billion (US$60 billion) JobKeeper resulted in billions of extra dollars being printed and injected into the economy.

JobKeeper was a fortnightly payment to businesses and sole traders to help keep them afloat while state governments locked down their jurisdictions.

“That was always going to have an inflationary effect because you’re increasing the amount of money, but you’re not increasing the productive capacity of the economy by the same proportion. Hence, you have too much money chasing too few goods,” Tunny previously told The Epoch Times.

“That sort of thing was always going to end up with some inflationary impact. So we were starting to see that before the war in Ukraine, and now, the war has amplified that.”

Tunny said reining in spending would help curb inflation in the long run, but the impact of pandemic policy on government budgets continues to linger.

While on Sept. 19, federal Health Minister Mark Butler announced $1.4 billion in funding for COVID-19 response measures, including $840 million for the aged care sector.

Meanwhile, the governor of the Reserve Bank of Australia, Philip Lowe, told a parliamentary hearing last week that he believed the country’s inflation was the result of higher input prices (cost for businesses to produce their products), higher wages, and higher profit margins.

“Today, (inflation) is largely from higher input costs,” he said on Sept. 16. “There’s some pickup in wages, but that’s not driving inflation. And I think in some industries, there has been an increase in [business profit] margins.”

This is likely due to material shortages that have forced businesses to increase prices to cover costs.

Lowe also said he was not surprised to hear of companies raising their prices in the current economic conditions.

“Many firms say to me they want more workers, they don’t want more customers at the moment,” he said. “And when that’s your mindset, you’ve got to push your margins up. It would be kind of strange if you didn’t.”

Alfred Bui contributed to this article.