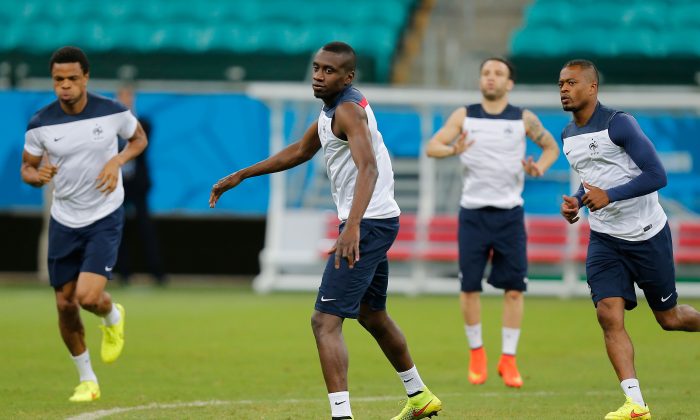 Blaise Matuidi scored against Switzerland during the World Cup on Friday.

Matuidi scored in the 17th minute, just about a minute after Olivier Giroud knocked the first goal in.

With a win, the team would be guaranteed a spot in the Round of 16.

Deschamps has made two changes from the team which beat Honduras 3-0, with Moussa Sissoko replacing Pogba and Giroud coming in for winger Antoine Griezmann, meaning that Karim Benzema will move out wide to the left in France’s attack.

Pogba was lucky not to be sent off in that match for aiming a wild kick at Wilson Palacios, and Deschamps warned him during the week that he needs to control his temper better.

Seferovic, who scored a late winner in the 2-1 win against Ecuador, replaces Josip Drmic and midfielder Valentin Stocker also drops to the bench.