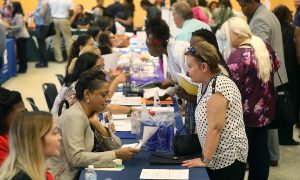 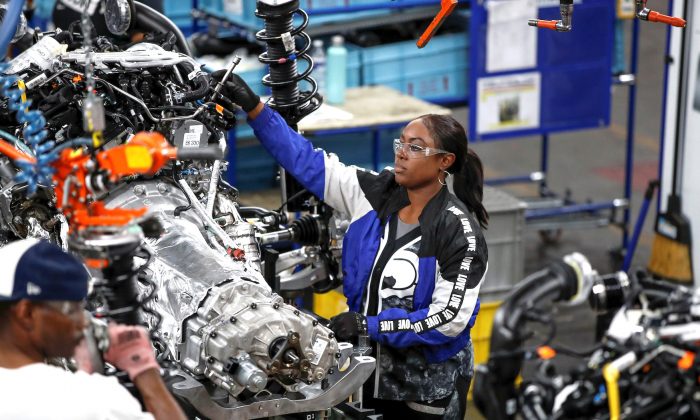 The unemployment rate among black Americans reached 5.5 percent in August—a historic low. That’s down from 6 percent the month before and 0.4 percentage point below the previous record in May 2018.

Black unemployment has been breaking records since December 2017, when it dropped to 6.7 percent. That was the first time the rate broke below the 7 percent mark, according to the Bureau of Labor Statistics (BLS) data, which reaches back to 1972. The only time the rate even hit 7 percent before 2017 was in April 2000, for a single month, shortly before the dot-com bubble burst.

The new record is somewhat counteracted by the labor-force participation rate among blacks dropping to 62.2 percent in August, from 62.7 percent the month before. Fewer people in the labor force would cut the unemployment rate even if the number of unemployed remained the same. Yet, black labor-force participation was even lower in June—61.9 percent—and the unemployment rate was still 6 percent then, indicating that the employment situation has indeed improved since then.

But over the past year, the lowest earners got a significant leg up.

In early 2018, it was high-wage industries with the fastest salary growth (about 3 percent). But over the past year, annual growth has been strongest in low-wage industries—about 4.7 percent—according to an Aug. 2 data analysis by Martha Gimbel, research director at the job-seeking site Indeed.

Job growth has slowed in recent months, at least partly due to the U.S.–China trade conflict. The economy, however, is still adding, on average, more than the 100,000 jobs a month necessary to keep up with population growth.

As a result, the overall unemployment rate stayed at 3.7 percent in August.

President Donald Trump has gradually boosted tariffs on a majority of imports from China. By May, he had 25 percent tariffs of $250 billion worth of annual Chinese imports.

China retaliated by imposing tariffs on $110 billion of U.S. goods.

On Sept. 1, the Trump administration began imposing 15 percent tariffs on an additional $112 billion worth of Chinese goods. The new tariffs target goods such as clothes, boots, shoes, watches, furniture, diapers, milk, and chocolate.

In retaliation, China started to impose additional tariffs of 5 percent and 10 percent on a variety of American goods, including soybeans and crude oil.

Trump plans yet another round of tariffs in December, to which China is expected to retaliate.

China has much less room for escalation though, since it only imported about $120 billion worth of U.S. products last year and its imports this year were down more than 18 percent in July, compared to the same period in 2018.

Trump’s goal is to force China to open up its market more to U.S. goods and to drop underhanded practices, such as forced technology transfer from foreign companies, theft of U.S. intellectual property, and currency manipulation.

China, it appears, is trying to wait Trump out, hoping that a different administration will give it more favorable treatment.