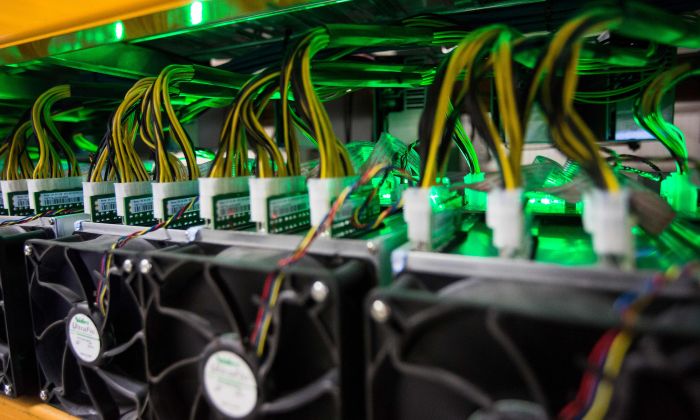 Bitcoin miners facing growing scrutiny over the environmental impact of the process have turned to struggling carbon-free nuclear plants in an effort to resolve issues facing the industry, The Wall Street Journal reported.

Unlike mining operations of minerals such as gold and iron, bitcoin mining doesn’t involve hulking equipment. Instead, bitcoin miners utilize warehouses of computers to solve computational problems to verify transactions, update, and maintain the bitcoin blockchain. In effect, the miners keep the bitcoin blockchain updated, and in turn, are compensated with new blocks of bitcoin.

However, critics have complained that bitcoin mining consumes high levels of electricity, which poses issues for both companies and governments looking to curb their own carbon footprints.

In May, Tesla Chief Executive Elon Musk expressed concerns over bitcoin mining, writing on Twitter that the process comes at “great cost to the environment,” a comment that sent bitcoin prices plummeting.

The Chinese Communist Party (CCP) is also continuing its crackdown on bitcoin, with the People’s Bank of China last week declaring all cryptocurrency-related transactions illegal.

In an effort to solve environmental issues, one company, Talen Energy Corp., has entered into a joint venture with bitcoin mining company TeraWulf Inc., the WSJ reported.

The company has started land development for a mining facility—expected to be the size of four football fields—next to its Pennsylvania nuclear plant.

Meanwhile in Ohio, starting in December, a Standard Power mining center will be getting power from nuclear generator Energy Harbor Corp.

And it’s not just cryptocurrency miners that are seeking out nuclear companies either. In July, startup Oklo Inc. announced a 20-year commercial partnership with Compass Mining, and said it plans to build “advanced fission powerhouses” that can produce reliable power for up to 20 years that can run on used nuclear fuel.

The company’s co-founder and chief executive, Jacob DeWitte, told the WSJ that he’s received inquiries from other bitcoin miners interested in the company’s 1.5-megawatt project using small modular reactors, but noted that federal approval is still needed, which is unlikely to happen until 2023–2025.

While so far there has been no set power price established between Compass Mining and Oklo, Whit Gibbs, chief executive of Compass, told the WSJ that he’s confident the companies will agree on a price that allows for profitable cryptocurrency mining.

But despite the emergence of new partnerships between mining companies and struggling nuclear plants, and with more expected in the future, Bill Dugan, a director at energy advisory firm Customized Energy Solutions, maintains that many nuclear plants won’t be “saved.”

While nuclear plants provide a zero-emissions clean energy source, generating power through fission, they face stiff competition from the likes of natural gas generation, as well as wind and solar power as the demand for “cleaner” electricity increases globally.

Jessica Mao and Jennifer Zeng contributed to this report.