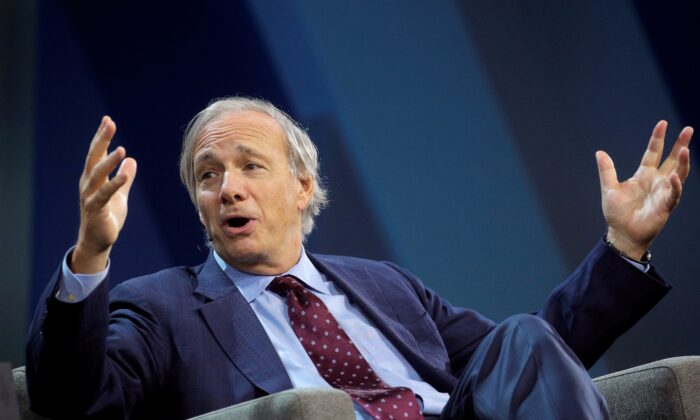 Bitcoin Has Come a Long Way, Ray Dalio Says in Interview That Also Touches on Inflation and US Politics

Ray Dalio, billionaire investor and founder of the world’s largest hedge fund, Bridgewater Associates, in a Dec. 15 interview with Marketwatch, praised Bitcoin, the largest cryptocurrency on the market.

“It has been an amazing accomplishment for bitcoin to have achieved what it has done, from writing that program, not being hacked, having it work and having it adopted the way it has been,” said Dalio.

“I believe in the blockchain technology. There’s going to be that revolution, so it has earned credibility.”

Dalio confirmed that he owns a little bit of Bitcoin “because I believe a portfolio should start off with, under a worst-case scenario, what assets protect it and make sure it’s diversified.”

He advised that was best not to hold cash and that “it’s better to hold a liquid, diversified portfolio of assets—if it’s balanced.”

The cryptocurrency has been seen by its supporters as a form of digital gold and as a hedge against inflation, which has been soaring under President Joe Biden.

“Bitcoin is like gold, though gold is the well-established blue-chip alternative to fiat money,” and that “It’s almost a younger generation’s alternative to gold and it has no intrinsic value, but it has imputed value and it has therefore some merit,” he said.

Dalio said that cryptocurrency is seen as a threat to many governments and their central banks’ monopoly of fiat currency.

“Bitcoin has a number of other issues. If it is a threat to governments, it will probably be outlawed in some places when it becomes relatively attractive,” he said. “It may not be outlawed in all places. I don’t believe that central banks or major institutions will have a significant amount in it.”

Dalio said that the central bankers are currently in a tough situation in regards to restraining inflation.

He said that the traditional way of fighting inflation through tightening monetary policy, causing asset prices to go down and allowing the economy to contract, is politically toxic today.

He believes that the Fed can not raise “interest rates enough to bite,” in order to have much of an effect on current inflation.

“Interest rates have to be significantly below both the inflation rate and the nominal GDP growth rate,” he said.

Dalio fears that a “fight-to-the-death mentality” in politics across the country could lead to some form of “civil war,” in a series of “battles not resolved by the law or the Constitution,” and predicts that in the upcoming 2022 elections, “there is a good chance that neither side will accept being the loser.”

Another issue was the increasingly tense relationship between the U.S. and communist China.

“[Americans] have to do three things: we have to earn more than we spend by being productive and get our finances in order; we have to work well together economically and politically, and we have to avoid war with China,” he said.

Dalio foresees an economic worsening of the situation for the United States, due to excessive money being pumped into the system.

“We are beginning to see that inflation will pick up, and the stimulus checks that came in won’t come in at the same rate, causing conditions to worsen,” he added.