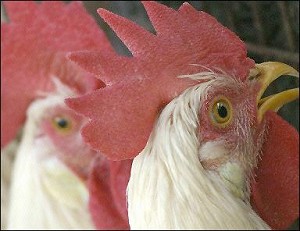 The man who alerted China's Ministry of Agriculture to a bird flu outbreak in Tianchang City, Anhui Province in October, was recently arrested in China. The Chongqing Morning News reported that the whistle blower, Qiao Songju from Gaoyou City, Jiangsu Province, was taken to the police station on the night of November 24 for questioning on alleged corruption charges. According to his wife, Wang Xiulan, he has not returned since.

On November 25, Gaoyou City Police Station issued an arrest warrant for Qiao for alleged corruption, a charge that Qiao denied. The arrest of this whistle-blower at a time when bird flu is quickly spreading has caused anxiety among many Chinese.

Qiao alerted officials to a bird flu outbreak in October this year. Several media reported that Qiao's father had received a phone call in mid-October from his friend Ma Zhengzhao, another goose farmer in Anhui, who said that his geese were infected with bird flu and he was trying to sell the sick birds to Jiangsu Province. When Qiao heard the news, he stopped the transaction and immediately reported the case to the Ministry of Agriculture.

According to Time Weekly , when investigators from the Ministry of Agriculture arrived in Anhui Province, the Tianchang City officials tracked down the geese farmer Ma Zhengzhao and several others and asked why the situation was reported directly to the Ministry of Agriculture. The officials also said that things would be much easier to manage if the Ministry was kept out of it. They offered to pay the poultry farmers if they agreed to move out of Tianchang City immediately.

Qiao said that many farmers are reluctant to report the disease because the compensation from the Ministry is so low.

Poultry farmers turned their anger over their loss towards Qiao and local villagers called him a Ministry of Agriculture spy.

On October 26, two days after the outbreak was publicized, Gaoyou City police took Qiao to the police station and questioned him about how much money the Ministry of Agriculture had paid him, and who had told him to leak the news. The police warned Qiao of the serious consequences of his actions. Qiao said that he hadn't take money from the Ministry of Agriculture or anyone else.

The Nanfang Daily published an editorial questioning the connection between Qiao's arrest and his reporting the outbreak to the Ministry of Agriculture. Since the story had received so much attention, the paper called on the government to investigate the case.

The editorial said that Qiao's report had not been taken seriously enough by the Ministry of Agriculture, who had not publicly acknowledged his contribution. If Qiao had done something illegal, he should not be exempt from punishment, but if his arrest was retaliation for his whistle-blowing, then actions must be taken to correct it.

Qiao's attorney, Kong Weizhao, said that the corruption charge referred to Qiao's involvement in a dispute regarding bird immunization shots in 2003. Qiao had provided bird embryos to an immunization vaccine manufacturer in Yangzhou. In return, the manufacturer provided Qiao with vaccine shots in lieu of payment. Qiao's father, a goose farmer, used the vaccine shots, but found them ineffective and reported the matter to the local government. The manufacturer eventually agreed to pay Qiao's father 20,000 yuan in compensation and the case was settled. Ms Wang said she was surprised that this incident could be the reason for Qiao's arrest two years later.