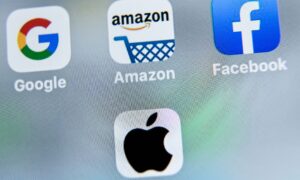 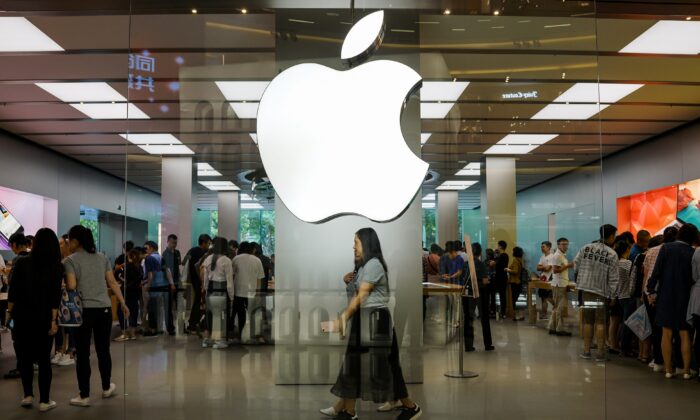 A bipartisan group of lawmakers criticized Apple and Blizzard on Oct. 18 for their recent decisions to censor the Hong Kong pro-democracy movement for the sake of business interests in China.

Apple recently pulled a popular crowd-sourced app that maps out the protest development in Hong Kong from its app store. That came just a day after Chinese state media berated the tech giant for aiding Hong Kong protesters by approving the app. They warned that Apple’s business prospects are on the line.

The volunteer-run app, HKmap.live, keeps track of movements of both police and protesters. App users can avoid tear gas or clashes in the city embroiled with mass demonstrations in defiance of mounting interference from the Chinese regime.

In a joint letter to Apple’s CEO Tim Cook (pdf), the lawmakers said that Apple’s decision “to accommodate the Chinese government” was “deeply concerning.”

Citing data from non-profit Great Fire, they said that the company has also censored more than 2,200 apps in China. Among them were the Virtual Private Network apps used to get around China’s Great Firewall and apps for oppressed groups such as Uyghurs and Tibetans.

“We urge you in the strongest terms to reverse course, to demonstrate that Apple puts values above market access, and to stand with the brave men and women fighting for basic rights and dignity in Hong Kong,” the lawmakers wrote in the letter.

“When a repressive government refuses to evolve or, indeed, when it doubles down, cooperation can become complicity,” the letter stated.

Hong Kong police face growing accusations of escalating their level of aggression toward protesters. So far, over 2,600 people have been arrested during the protests.

Cook traveled to Beijing and met with China’s State Administration for Market Regulation on Oct. 17. According to a statement from Chinese authorities, the two sides engaged in “deep discussions” about issues such as corporate social responsibility and expanding Apple’s business in China.

Five of the members also wrote a separate letter (pdf) to Activision Blizzard, a California-based video game company. They urge it to reconsider its move to ban pro-Hong Kong player Ng Wai Chung.

Ng, better known for his online name Blitzchung, received a one-year suspension from Blizzard Entertainment—a subsidiary of Activision Blizzard—for shouting out “Stand with Hong Kong” during a post-tournament broadcast.

The company also banned three college sophomores from the games because they held a pro-Hong Kong sign on Oct. 8 boycotting the punishment on Ng.

Activision Blizzard’s decision to penalize Ng is “disappointing,” and “could have a chilling effect on gamers who seek to use their platform to promote human rights and basic freedom,” the lawmakers said.

“Your company claims to stand by ‘one’s right to express individual thoughts and opinions.’ Yet, many of your own employees believe that Activision Blizzard’s decision to punish Mr. Chung runs counter to those values.”

They also said that many gamers worldwide have been calling for boycotts of the company.

“As China amplifies its campaign of intimidation, you and your company must decide whether to look beyond the bottom line and promote American values—like freedom of speech and thought—or to give in to Beijing’s demands in order to preserve market access,” they wrote.