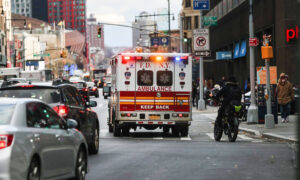 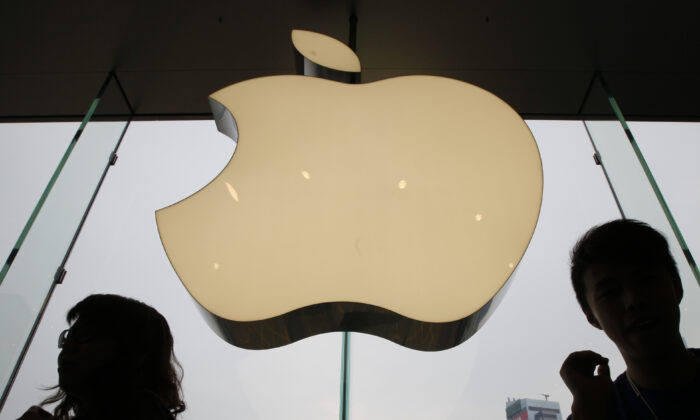 Apple became the latest international firm to come under the Chinese regime’s wrath—for approving an app that can track the movements of Hong Kong police and protesters.

For over four months, Hong Kong, a former British colony that reverted to Chinese rule in 1997, has been rocked by ongoing protests calling for democracy and opposing creeping Beijing interference, which has posed a direct challenge to the Chinese regime.

This allows protesters and civilians to potentially dodge tear gas and navigate through street or train station closures.

Apple gave the greenlight on Oct. 4, reversing an earlier decision to reject the app.

The Chinese Communist Party’s official mouthpiece People’s Daily lashed out at Apple for its decision in an Oct. 8 editorial, accusing the company for aiding the Hong Kong protesters, which state media as consistently portrayed as violent criminals backed by foreign nations fomenting the unrest.

The newspaper also criticized Apple for “choosing the special timing to approve” the app, and warned the firm that China has “zero tolerance for wrongdoings.”

“Letting the toxic app get its way is a betrayal of Chinese people’s feelings,” it said, adding that “only the prosperity of China and China’s Hong Kong will bring them [Apple] a broader and more sustainable market.”

The Chinese foreign ministry spokesperson, when asked about the app at an Oct. 9 press conference, said that he was “not aware of the specifics.” He then called the ongoing Hong Kong protest movement “extremist” and “criminal activities.”

“Our app isn’t available in China. China’s reaction [has] shown [that] there are no ‘one country, two systems’ as promised,” the app developer, using the alias Kuma, told The Epoch Times on Oct. 9. Kuma was referring to the framework under which the Chinese regime promised to retain Hong Kong’s autonomy and freedoms post-handover.

“Protest is part of our freedom of speech and I don’t think the application is illegal in HK,” Kuma added. He emphasized that the app “merely consolidate[s] information that is already available … publicly.”

The Chinese regime’s sensitivity toward the Hong Kong issue has forced international firms to toe the Party line, for fear of losing access to the Chinese market.

A number of Chinese business partners cut ties with the National Basketball Association (NBA) over a recent tweet by Houston Rockets general manager Daryl Morey expressing support for the protests. Chinese state broadcaster CCTV also announced it will not broadcast the upcoming NBA preseason games in China, while the Shanghai Sports Federation canceled a Brooklyn Nets fan event scheduled for this week ahead of a Thursday game. The federation said that the cancellation was due to the “inappropriate attitude” of NBA officials.

Luxury jewelry retailer Tiffany & Co. also deleted a tweet showing a model covering her right eye on Oct. 7, after Chinese netizens complained that it could be construed as support for the Hong Kong protests. During recent demonstrations, Hongkongers have been covering their right eyes either with an eye patch or the hand, in a symbolic gesture to call out police violence, after a female volunteer medic was shot in her right eye by a police projectile.

Shoe brand Vans is also facing boycotts in Hong Kong after it took down a sneaker design submission from its annual design competition that featured protesters.