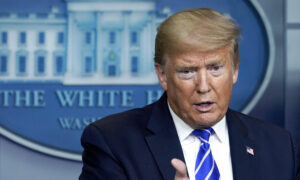 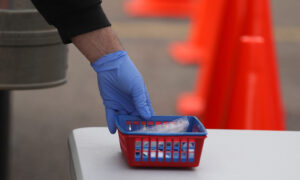 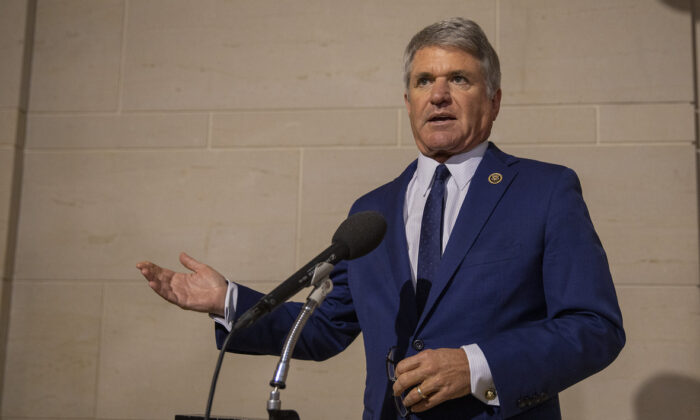 U.S. Rep. Michael McCaul (R-Texas) speaks to the media before a closed session before the House Intelligence, Foreign Affairs and Oversight committees at the U.S. Capitol in Washington on Oct. 15, 2019. (Tasos Katopodis/Getty Images)
Politics

A bipartisan group of U.S. House members introduced legislation that would bolster free speech and communications on the internet, along with ramping up U.S. efforts to counter oppressive censorship in countries such as China, Russia, and Iran.

USAGM is made up of five media organizations, including Radio Free Asia and the Voice of America. OTF is a nonprofit organization that supports projects aimed at “counteracting repressive censorship and surveillance” and “enabling citizens worldwide to exercise their fundamental human rights online,” according to its website.

In a statement, McCaul touched upon the importance of knowledge and how censoring information “has long been a hallmark of oppression.”

“In the digital era, tyrants and dictators around the world seek to further control their citizens by restricting, censoring, and surveilling the internet,” he said. “This has been a growing trend in repressive regimes like China, Iran, and North Korea.”

The USAGM has already made “significant headway” in its efforts to push internet freedom across the world, said McCaul, who adding that the addition of the OTF would strengthen the global media group’s mission and “better position the U.S. to help those fighting against this form of tyranny.”

Governments from across the world have been trying to silence the U.S. group of broadcasters, according to Engel. The OTF is “working on ways around government censorship and restriction of the internet,” he said in a statement.

“If a repressive regime builds a wall, the OTF is working to build an even taller ladder,” Engel said. “I’m glad to support the OTF’s efforts and to join with Representative McCaul to authorize the fund in law.”

Continuing the country’s dismal track record on press freedom, the Chinese Communist Party announced recently that it was expelling U.S. journalists based in China who work for The New York Times, The Wall Street Journal, and The Washington Post. China ranked 177 out of 180 in the 2019 Reporters Without Borders World Press Freedom Index.

Curtis said the new bill would also help to support the development of new technologies “that could protect against bad actors that try to shut down the internet, censor information, or locate those advocating for democratic rights.”

Li Wenliang, one of the eight whistleblowers who first publicized information about the CCP virus and who later died from it in February, was reprimanded by Chinese authorities for posting information about the contagion. Wuhan officials said on Jan. 1 they took “legal measures” against people, including Li, who had “spread rumors” about the disease, which “caused adverse impacts on society” according to a statement posted on Weibo, a Chinese Twitter-like platform.

“As dictators roll out new COVID-19 tracing tools with backdoors to monitor their citizens, OTF will be there to give those who defend democracy the tools to communicate and organize free of snooping eyes,” he said in a statement.