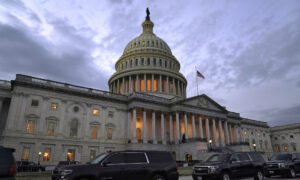 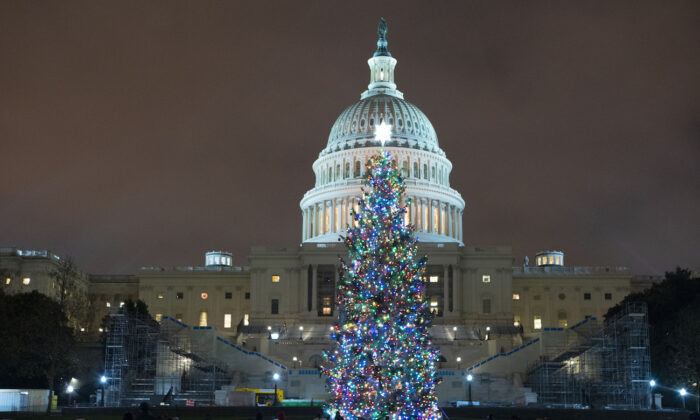 A group of 13 Republican and Democratic lawmakers in the House and Senate on Thursday urged President Donald Trump to approve a COVID-19 relief bill they had proposed in early December.

The group, which calls itself the “908 Coalition,” told Trump that by signing the bill, he would be “providing the best possible Christmas gift to the American people.”

“The legislation would bring desperately needed help to struggling families, unemployed workers, hard-hit small businesses, an overburdened health care system, stressed schools, and so many others. It would provide robust funding for testing and vaccine distribution at a critical time,” the group wrote in a statement.

The $908 billion compromise measure that the group proposed on Dec. 1 did not initially include any direct stimulus payments to Americans.

The latest statement did not acknowledge that Trump had called to amend the latest bill Congress recently passed, to increase the direct stimulus payment to Americans, which is currently set to $600. The president had also previously called for immediate direct payments of $1,200 to be sent to Americans in an earlier relief bill that had failed to pass Congress.

The House and the Senate on Dec. 21 passed a $900 billion COVID-19 relief bill following at least six months of back-and-forth negotiations even as the president has been constantly urging Congress to pass a measure to counter the effects of the CCP (Chinese Communist Party) virus pandemic.

Lawmakers in both chambers also on Dec. 21 passed a $1.4 trillion annual omnibus appropriations bill that outlines funding for every federal agency in the 2021 fiscal year. Totaling $2.3 trillion, the year-end government funding package that includes the COVID-19 relief comes to 5,593 pages—by far the longest bill ever.

The bill was headed to the president’s desk for approval, but Trump responded to the bill on late Dec. 22 saying that he may not sign off on it unless Congress amends the bill to increase the “ridiculously low” $600 in direct payments to each Americans to $2,000. Trump also said that the bill doesn’t provide enough economic aid for small businesses, which have taken a blow from lockdowns amid the pandemic.

“Congress found plenty of money for foreign countries, lobbyists, and special interests while sending the bare minimum to the American people who need it,” Trump said in a video recorded in the White House’s Diplomatic Reception Room. He also pointed out that the bill allows stimulus checks for the family members of illegal aliens, amounting to up to $1,800 each.

The president in October called for a “stand-alone bill” that would provide direct payments of $1,200 to Americans. “I am ready to sign right now. Are you listening Nancy?” he wrote on Twitter at the time.

House Speaker Nancy Pelosi (D-Calif.) said she will call House members back on Monday to hold a recorded vote on the $2,000 direct payment measure.