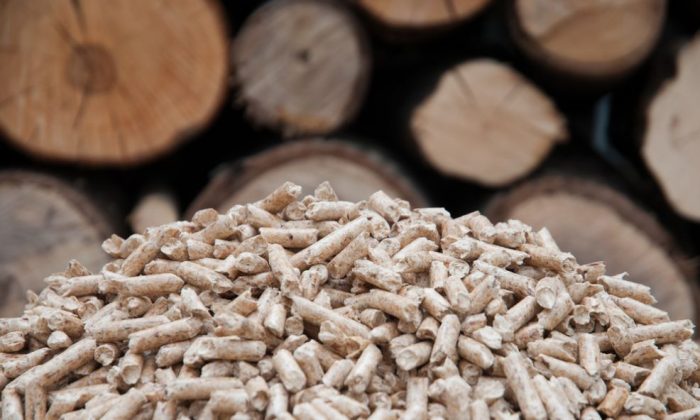 Industry pushes for carbon neutral designation and with it, subsidies
By Tara MacIsaac

Proposed legislation could, if passed, dramatically increase subsidies to America’s biomass industry. A slew of concerns comes with this potential rise in the burning of trees and similar organic matter for energy.

Air pollution is another concern. “Emissions from a biomass plant exceed those from a natural gas plant by more than 800 percent for every major pollutant,” according to a study by ecologist Mary S. Booth, Ph.D.

On the other hand, biomass plants could arguably help prevent forest fires. Drought and bark beetle infestations have left millions of dead trees standing in California, posing a fire risk. If more biomass power plants were operational, some argue that those trees could be profitably harvested.

In general, scraps from the forestry industry and agriculture could find good use. Farmers are better off bringing their waste to biomass plants than openly burning it, a common alternative.

But it isn’t always scraps that are burned. For example, a logger who can make tens of thousands of dollars a year selling “scrap” wood to biomass plants may cut down trees that aren’t good for lumber, but would have otherwise been left standing and supporting the forest ecosystem.

If managed carefully, biomass could be a great green energy boost, as it is often billed. But if poorly managed, and incentivized by subsidies to the point of overproduction, it could be environmentally destructive.

If biomass is given equal environmental footing to solar and wind power in legislation, it could be similarly subsidized.

This could happen if it is officially considered “carbon neutral.” The term has now worked its way into proposed biomass legislation despite the outcry from scientists who say biomass is anything but carbon neutral.

In April, the Senate approved the Energy Policy Modernization Act, with Amendment 3140 in place, which calls biomass “carbon neutral.” A similar declaration of carbon neutrality slipped into a House Appropriations bill. These proposals are currently working their way through Congress.

In theory, trees could be planted to recapture the carbon emitted by biomass plants, leading to the “carbon neutral” label. The European Union officially considers biomass a zero-carbon energy source. But the Woods Hole Research Center (WHRC) sent a letter to American legislators, signed by 65 environment scientists, giving multiple reasons for rejecting this zero-carbon estimation.

Part of that letter reads: “Burning forest biomass to make electricity releases substantially more carbon dioxide per unit of electricity than does coal. Removing the carbon dioxide released from burning wood through new tree growth requires many decades to a century, and not all trees reach maturity because of drought, fire, insects, or land use conversion.”

There are a number of business and other interests that find this a useful market to develop.
— John Byrne, director, Foundation for Renewable Energy and Environment, University of Delaware

The Obama administration agrees. A White House statement on the House Appropriations bill reads: “The Administration objects to the bill’s representation of forest biomass as categorically ‘carbon-neutral.’ … This language stands in contradiction to a wide-ranging consensus on policies and best available science.”

But whether this stance will carry through to the next administration is unclear. And, even if it does, industry interests may tenaciously push for legislated carbon neutrality to reap the benefits of subsidies.

John Byrne, an environmental policy expert at the University of Delaware said: “There are a number of business and other interests that find this a useful market to develop, so will we continue to see legislation like this? Yes.”

He said the currently proposed legislation doesn’t take into account the multi-dimensional nature of biomass. It can be done well, but it can also be done very poorly.

“Can we pass legislation that’s defective? Of course, we passed the ethanol law and we have a problem now … and there’s no easy way to undo it,” he said. Ethanol, derived from corn, is a biomass fuel that already has been heavily subsidized.

In the time that has passed since legislators decided to subsidize ethanol, multiple studies have emerged showing ethanol is not carbon neutral. Furthermore, land that could be used for food and other more sustainable crops is taken up by corn fields dedicated to ethanol production.

Byrne mentioned using prairie grass as a potentially more sustainable method of biomass energy production. The grass can be grown on land that wouldn’t be good for most food crops.

The impact statement notes that the U.S. Department of Energy estimates about 190 million acres of land are available nationwide for energy crops like willow trees. The Northeast alone “has an estimated 2 million hectares of marginal land no longer used for agriculture that could be suitable for biomass production,” according to the statement.

Currently, biomass produces twice as much energy in the United States as solar panels, though it still only accounts for less than 2 percent of overall energy production. But many biomass plants have been closing, unable to compete with highly subsidized wind and solar power. The pending legislation could change that.

pullquote author=”” org=””]American forests are already being felled to ship wood pellets to Europe, where the biomass industry is flourishing under regulations that consider it carbon neutral. [/pullquote]

American forests are already being felled to ship wood pellets to Europe, where the biomass industry is flourishing under regulations that consider it carbon neutral and include no binding sustainability criteria. If the American biomass industry is given a boost, WHRC scientists worry that developing countries may start hacking away at their forests to export pellets to the United States.

Booth’s 2014 examination of 88 biomass plants found many unhealthy practices, such as the rampant burning of construction and demolition debris alongside waste wood. She found that biomass plants are taking advantage of regulations that are more lax regarding biomass emissions standards than traditional fossil fuel emissions.

Byrne warned that, while some biomass practices could be environmentally friendly, subsidies or other policy incentives (such as tax breaks) could increase their use to a scale that damages the environment.

“You can’t simply look at the material and analyze the material,” he said. “[It’s also about] what practices, social practices are you going to encourage and how would that influence, for example, our forests?”