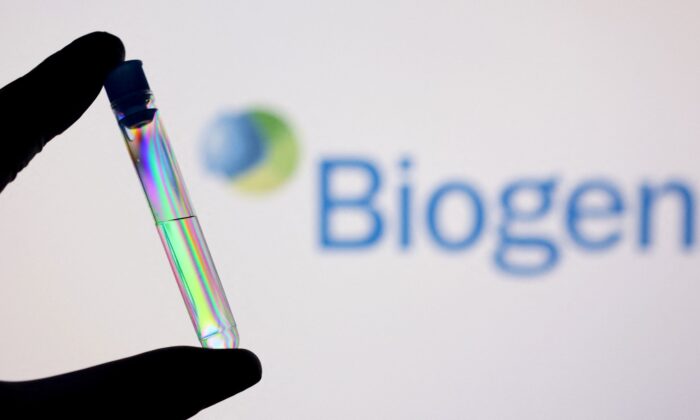 A test tube in front of displayed Biogen logo in this illustration taken, on Dec. 1, 2021. (Dado Ruvic/Illustration/Reuters)
Companies

Biogen CEO to Step Down, Drugmaker Pulls Back on Alzheimer’s Drug Aduhelm

Biogen Inc said on Tuesday that Chief Executive Michel Vounatsos will step down and that the company is pulling back on selling its Alzheimer’s drug Aduhelm after the U.S. government’s Medicare program restricted coverage of the controversial treatment to patients in clinical trials.

Vounatsos, who was named as the CEO in 2016, will continue in his role until a successor is appointed, the company said. Under his leadership, the U.S. biotech developed and launched several important growth drivers including spinal muscular atrophy drug Spinraza and multiple sclerosis drug Vumerity.

Aduhelm was expected to be the company’s next big blockbuster treatment, but controversy over its approval without clear evidence of patient benefit and the U.S. decision to severely limit access appears to have doomed its prospects.

Biogen said on Tuesday it was looking at “substantially” eliminating commercial infrastructure related to Aduhelm and plans for more cost cuts, in addition to the current program to save $500 million annually.

Biogen last month decided to withdraw its marketing application for Aduhelm in Europe after failing to convince the European regulator of the treatment’s benefits.

The company said it will retain minimal resources to make Aduhelm available to patients currently taking the drug in the United States.

Mizuho Securities analyst Salim Syed said the move will slow the company’s cash burn and that the CEO transition will be received positively by the market, as many investors had been calling for it.

The company was betting on Aduhelm, the first new treatment for the memory-robbing disease in nearly 20 years, to act as a buffer as its main established revenue drivers face rising competition.

The U.S. Food and Drug Administration approved the treatment last June despite a lack of clear evidence that it slowed cognitive decline and over objections of the agency’s panel of outside expert advisers.

Legislators and federal agencies have since launched investigations into the FDA’s approval, and doctors and hospitals have held back on prescribing the drug.

Jefferies analyst Michael Yee said he believes Wall Street will view the actions announced on Tuesday “as a move in the right direction.”

Biogen is still counting on a second Alzheimer’s drug, lecanemab, which like Aduhelm was developed with Japanese company Eisai Co. Ltd.

Biogen plans to complete a rolling submission of data for lecanemab under the U.S. accelerated approval pathway in the current quarter before submitting it for full approval in 2023.

By Mrinalika Roy and Leroy Leo