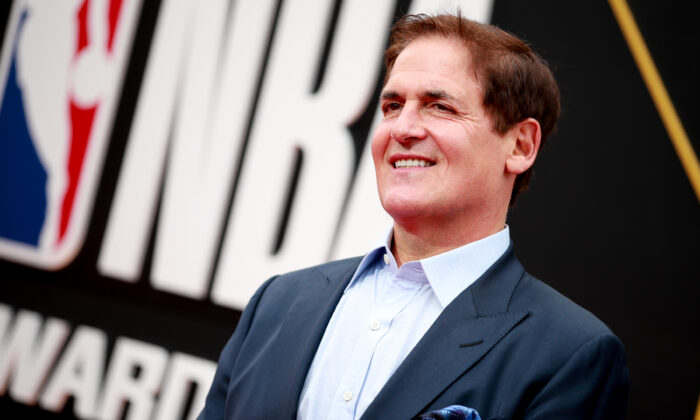 Billionaire Mark Cuban Buys Entire Texas Town, Says He ‘Doesn’t Know What to Do With It’

Billionaire Mark Cuban, who owns the Dallas Mavericks, has bought an entire Texas town spanning 77 acres that comes with its own resident alligator.

The Navarro County town of Mustang, which is located on Interstate 45 near Corsicana, roughly 55 miles south of Dallas, is home to an abandoned strip club, a building for the volunteer fire department, and a trailer park.

Mustang had a population of 21 people in 2010, according to the United States Census Bureau, making it the smallest town in Texas.

Media magnate Cuban told The Dallas Morning News that he purchased the town last month because a good friend needed to sell—but is at a loss at to what to do with it.

“I don’t know what if anything I will do with it,” Cuban told the publication.

It is unclear how much Cuban, who ranks at 247 on Forbes’ list of the 400 richest people in America 2021, paid for the Texas town. However, Mustang was listed for sale in 2017 with a price tag of $4 million. The property never sold and was eventually lowered to $2 million.

“I had a fair amount of interest in it, but it was priced too high—even when we bought it down to $2 million,” Dallas real estate broker Mike Turner, told The Dallas Morning News. “The old strip club is not in good repair, but it could be redone for something.”

Turner noted that the town is also home to a resident alligator.

In an interview with the Houston Chronicle in 2017, real estate broker Turner explained that a nasty killing at the town’s strip club had forced the business to permanently shut down.

“There was a strip club there called Wispers that has since permanently closed. There was a killing there, the business had quite a tale,” Turner said.

The real estate broker added that Mustang sold alcohol in the early 1970s and sold alcohol when most of Navarro County was prohibited from selling it.

“It was a boomtown in the alcohol business. There was a long line of cars from Corsicana and all around Navarro County here,” he said.

Cuban, whose net wealth is estimated to be $4.5 billion as of this year, founded internet radio company Broadcast.com (then Audionet) with fellow Indiana University alum Todd Wagner in 1995 and sold it to Yahoo for $5.6 billion in 1999.

Today he owns the NBA’s Dallas Mavericks, and oversaw the team competing in the NBA Finals for the first time in franchise history in 2006 and becoming NBA World Champions in 2011. Cuban also has stakes in Magnolia Pictures, AXS TV, and dozens of small startups.